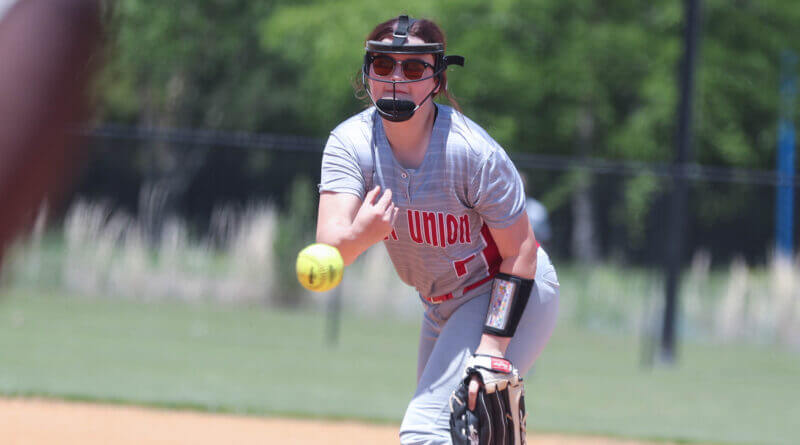 The county directional schools are pointed in the right direction.

East Union and West Union each have made their way into the third round in baseball and softball.

East Union Baseball took out Nanih Waiya 11-0 in game 1 of their 2nd round series behind a 12 strikeout performance from Rudy Baldwin. Jude Treadaway led at the plate with 3-RBI, including a homerun.

In game 2, the Urchins exploded on offense as they cruised to a 20-3 victory. Hayden Roberts took the win on the mound and led at the plate with 4 RBI.

They move on to face Bruce in the third round.

In East Union softball action, Lucy Cochran got a game 1 no hitter, throwing for 13 strikeouts while also leading at the plate with a trio of hits as the Lady Urchins defeated Calhoun City 9-0.

In game two, the Lady Urchins won 7-2 for the sweep thanks to strong hitting in the middle of their lineup, with their 3, 4 and 5 hitters each collecting multiple hits. Jora Roberson led with 2 hits and 2 RBI.

They move on to face Eupora in Round 3.

West Union baseball also picked up a sweep over Wheeler to advance to the third round.

Jon Grey Morrison knocked in a pair of homers in the first game for four RBI. Greer Manning had a homer in the 2nd game.

West Union moves on to face Vardaman in round three.

West Union softball swept their way into the third round as well, defeating Blue Mountain in run rule fashion on both games by scores of 13-0 and 12-2.

(4) Mississippi Sports on Twitter: “Addison Collum with the K to end it and West Union advances to the 3rd round with a 12-2 win over Blue Mountain for the series sweep. https://t.co/7jUINZaFbs” / Twitter

Addison Collum with the K to end it and West Union advances to the 3rd round with a 12-2 win over Blue Mountain for the series sweep. pic.twitter.com/7jUINZaFbs

West Union moves on to take on Wheeler with the first game on Thursday.