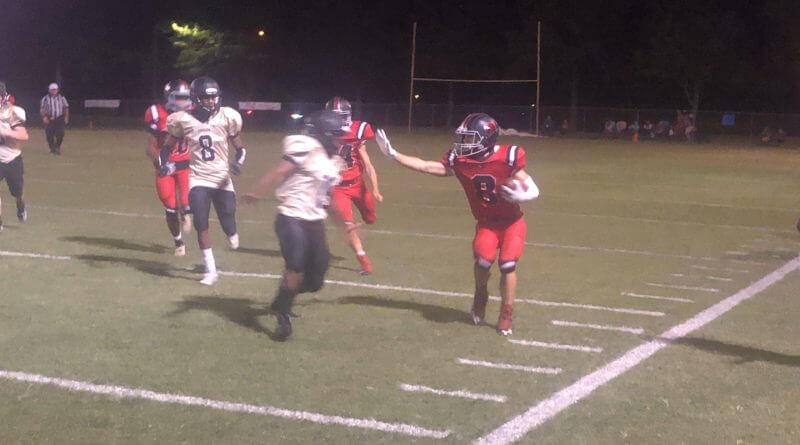 In a huge moment for the Myrtle Hawks, they sealed up the first division win in school history with a 47-0 win over the Falkner Eagles.

“This is a goal we set for ourselves, and I’m overjoyed for these kids,” Coach Smithey said.

Myrtle scored on the first five drives, four of them coming in less than five plays per drive. A.I Nugent would score three times on the ground, with Ethan Hunt and Jackson Meyer adding a score as well, Meyer’s through the air.

Myrtle also scored on both drives in the second half, with Nugent scoring first on a 17-yard run and Hunt with a five-yard score on the ground.

Overall, Myrtle scored on seven of nine drives, one of those being the game-ending drive.

Myrtle, now 1-1 in division, has their sights set on a bigger goal: the playoffs.

“We can’t look back to the past, and we just have to keep moving forward and looking towards the future,” Coach Smithey added.

Nugent was the leading rusher on the game, with 147 yards and four scores. Hunt also played a huge role with 110 yards and two scores.

Myrtle now sits at 2-4 overall and 1-1 in division play. Next week the Hawks travel on the road to Thrasher in another division battle.