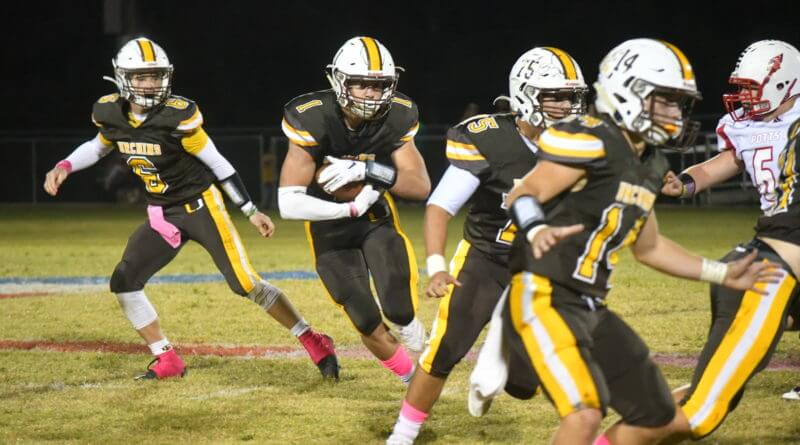 For many years, the East Union Urchins just struggled to compete with established programs in 2A football. However, the tides are changing ever so quickly after they dominated the Potts Camp Cardinals 41-0 to clinch back-to-back division titles for the first time in school history.

“In my five years here, I’ve seen this team grow more and more every year, and they have really bought in to the system and accepted that ‘gotta be tough’ mentality,” said Coach Kevin Walton.

Both teams traded interceptions to start their first drives, but East Union quickly settled in with a 68-yard touchdown pass from Ty Walton to Hayden Roberts to take a 7-0 lead at the end of the first quarter.

The Urchins forced a punt on the Cardinal’s next drive, which turned into an eight-yard touchdown run by Colton Plunk to extend the lead to 14-0. East Union then stole a possession from Potts Camp with a pooch kick they recovered in the air and scored in two plays on a 31-yard screen pass from Walton to DeJuan Hubbard.

After a Cardinals turnover, East Union quickly struck again on a three-yard fullback dive by Eli Hodges to take a 28-0 lead into halftime. After not scoring on their first drive of the game, the offense proceeded to impress with four straight scores, which really shows how well the offense has performed this season.

“We did more seven-on-seven in the summer than ever before, and I really started to see this group develop into something special over the offseason.

East Union came out in the second half by forcing a turnover on downs, and the offense continued to stay hot by scoring on their only two drives in the second half with ten-yard and two-yard touchdown runs by Micah Fulgham and Colton Plunk, respectively.

As the final seconds ticked down on Senior Night, the Urchins rejoiced and showered their coaches, celebrating their triumphant 41-0 victory and second straight division title.

Walton impressed passing as he has all year, finishing 9-16 with 167 yards and a touchdown through the air. Colton Plunk carried the load on the ground for the Urchins, finishing with 19 carries for 168 yards and two touchdowns as well.

As for the defense, they continued a shutout streak, which now extended to eight straight quarters without scoring a point after tonight’s victory. They stifled the Cardinal offense all night, allowing only 99 yards of total offense (most of those coming against the Urchins’s eight-grade defense) and forced three interceptions and two turnovers-on-downs.

“This defense is hungry. In the back half of the season, you can tell they have turned the intensity up a notch, for sure,” Walton said.

With the win, East Union moves to 7-2 (3-0) and travels to face Strayhorn in the final regular season matchup of the season. Potts Camp finishes their season at 5-5 (2-2) and will await to see where they finish in the region. More pictures on Facebook (Union County Sports) and Instagram (sportsmississippi) 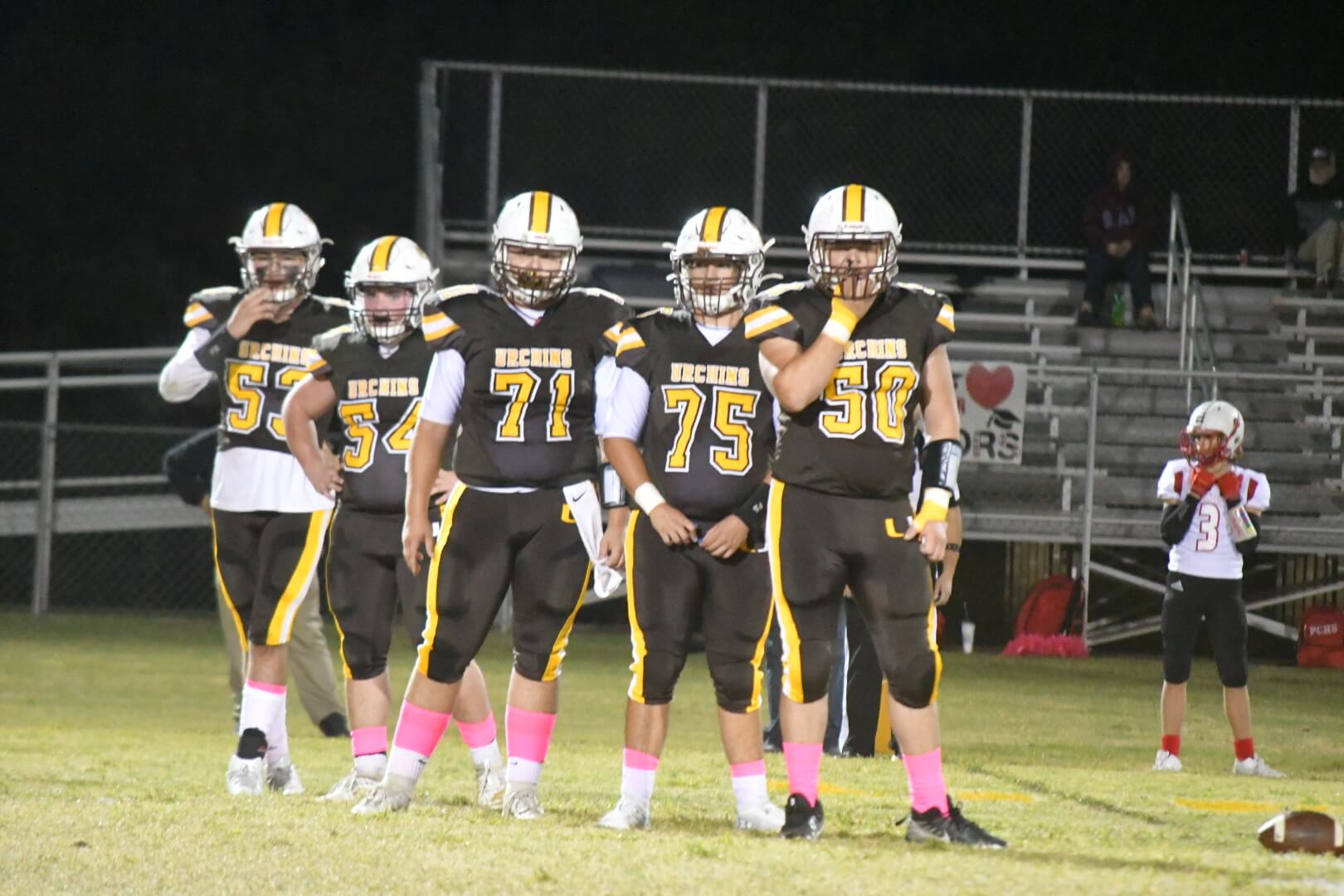 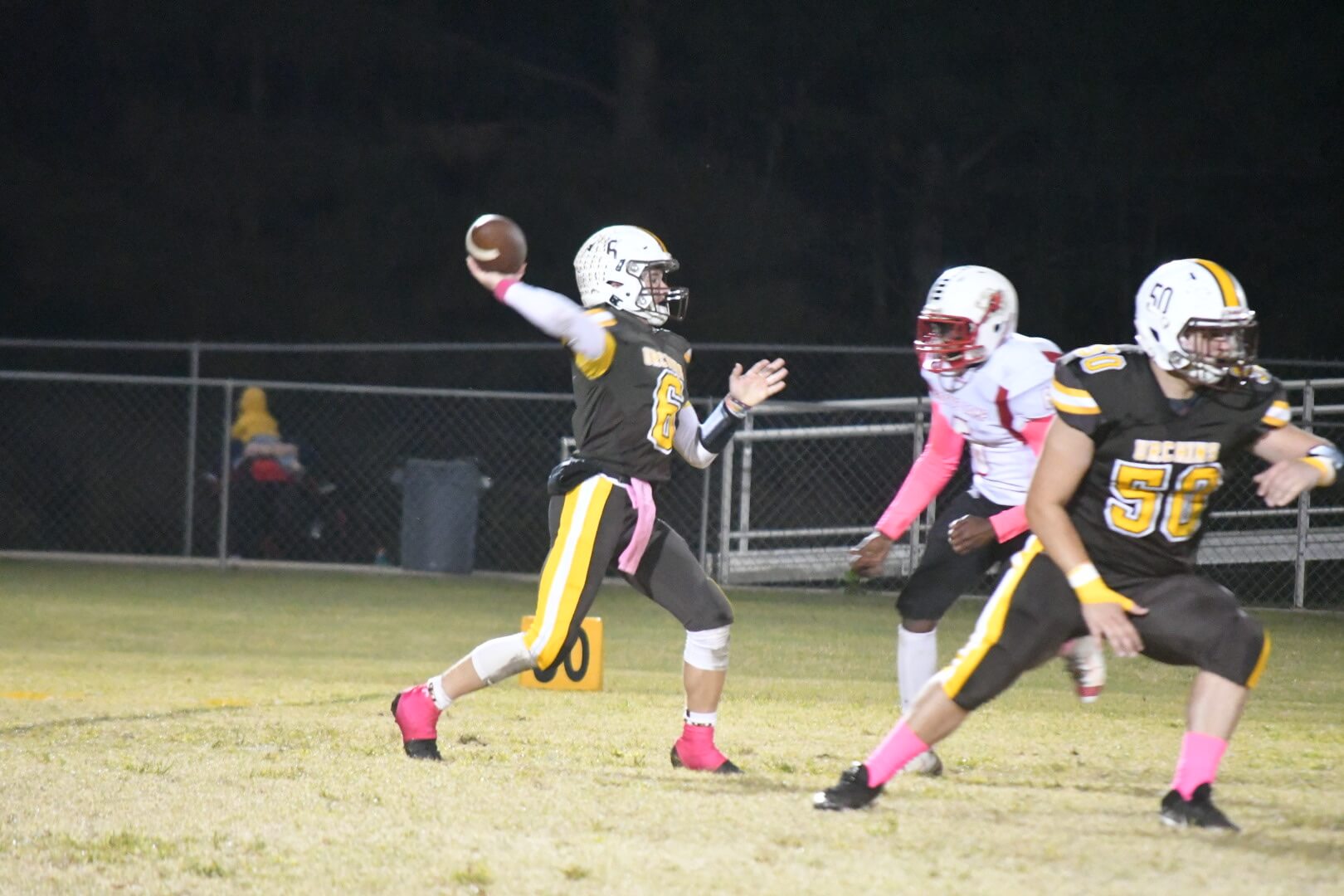 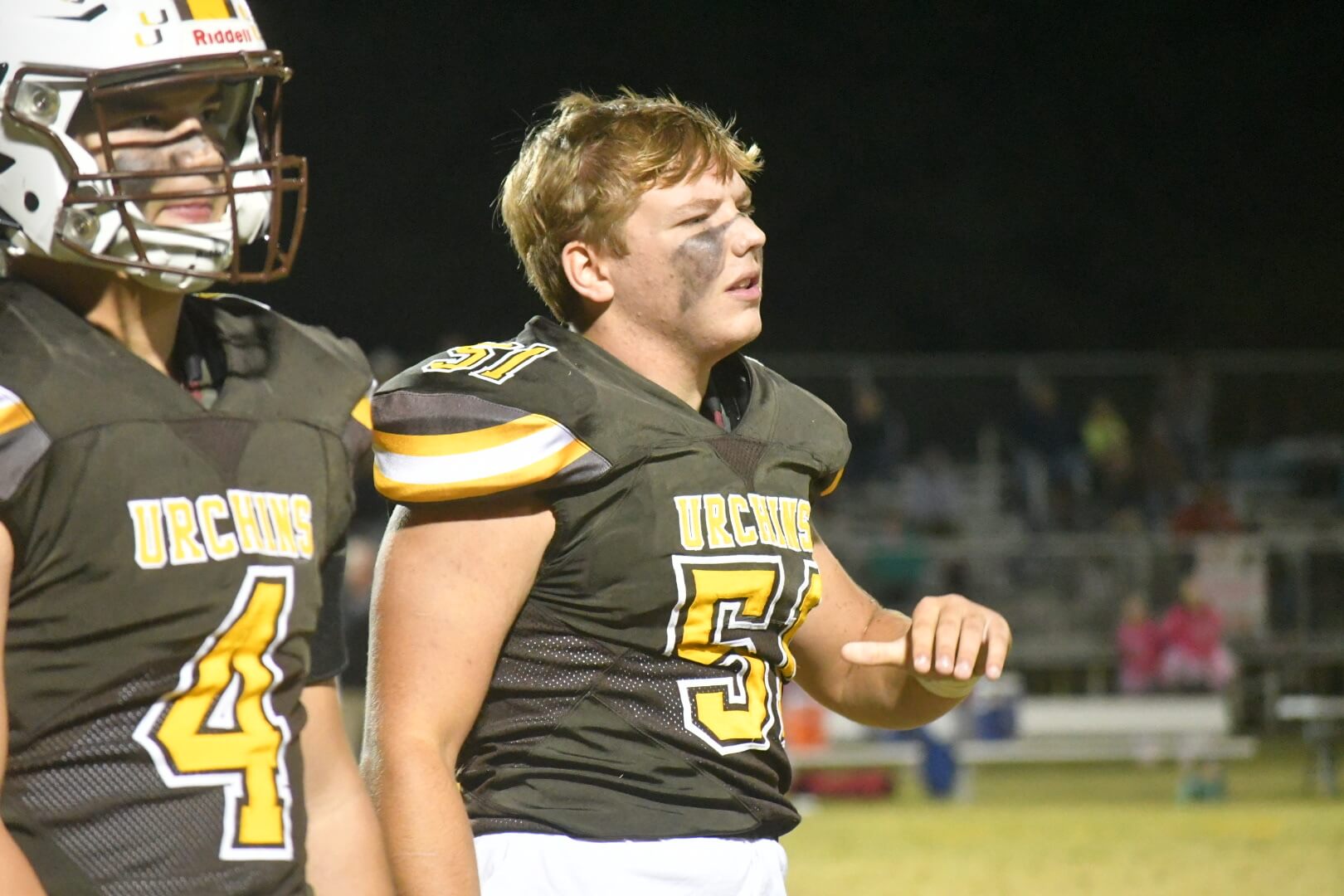 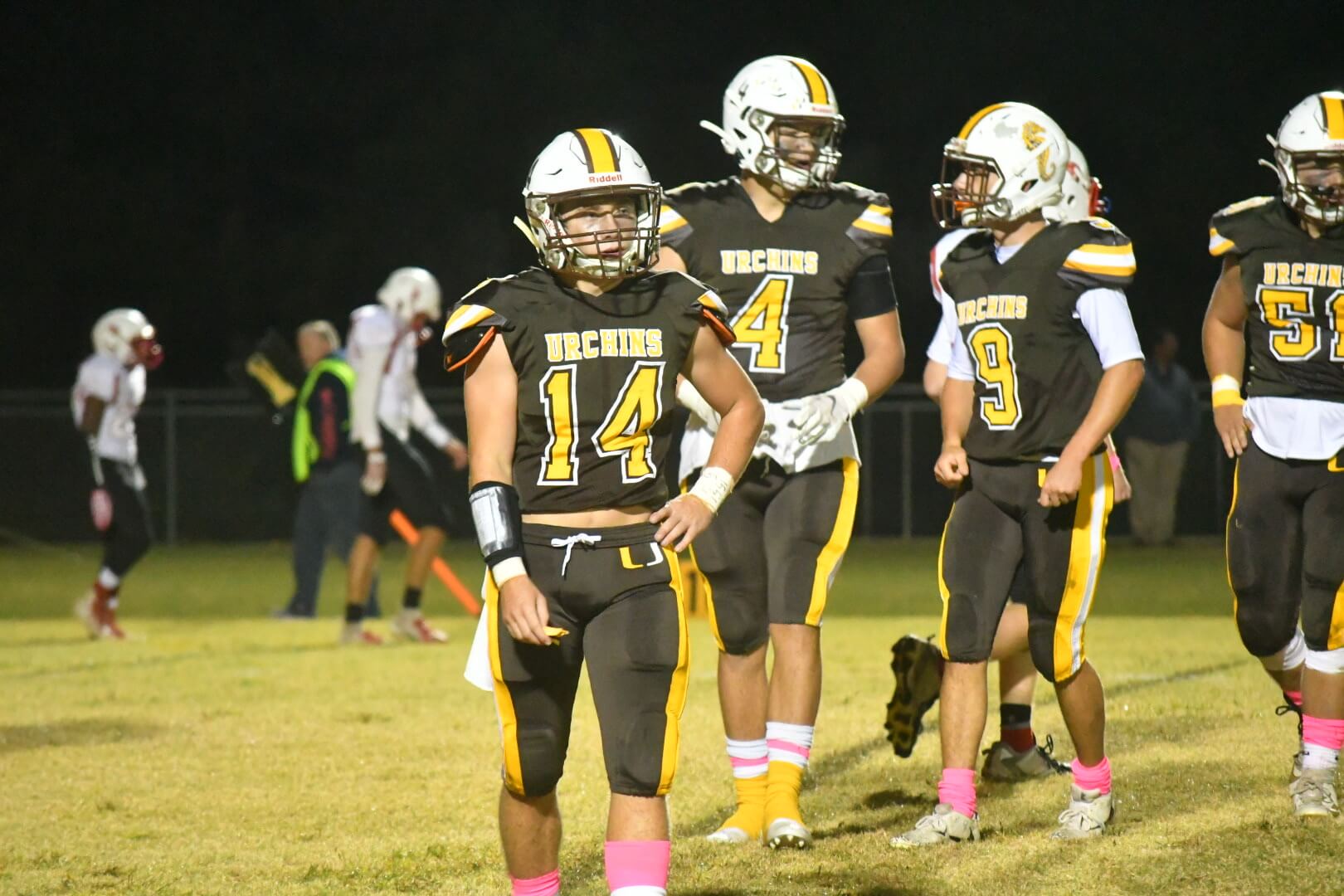 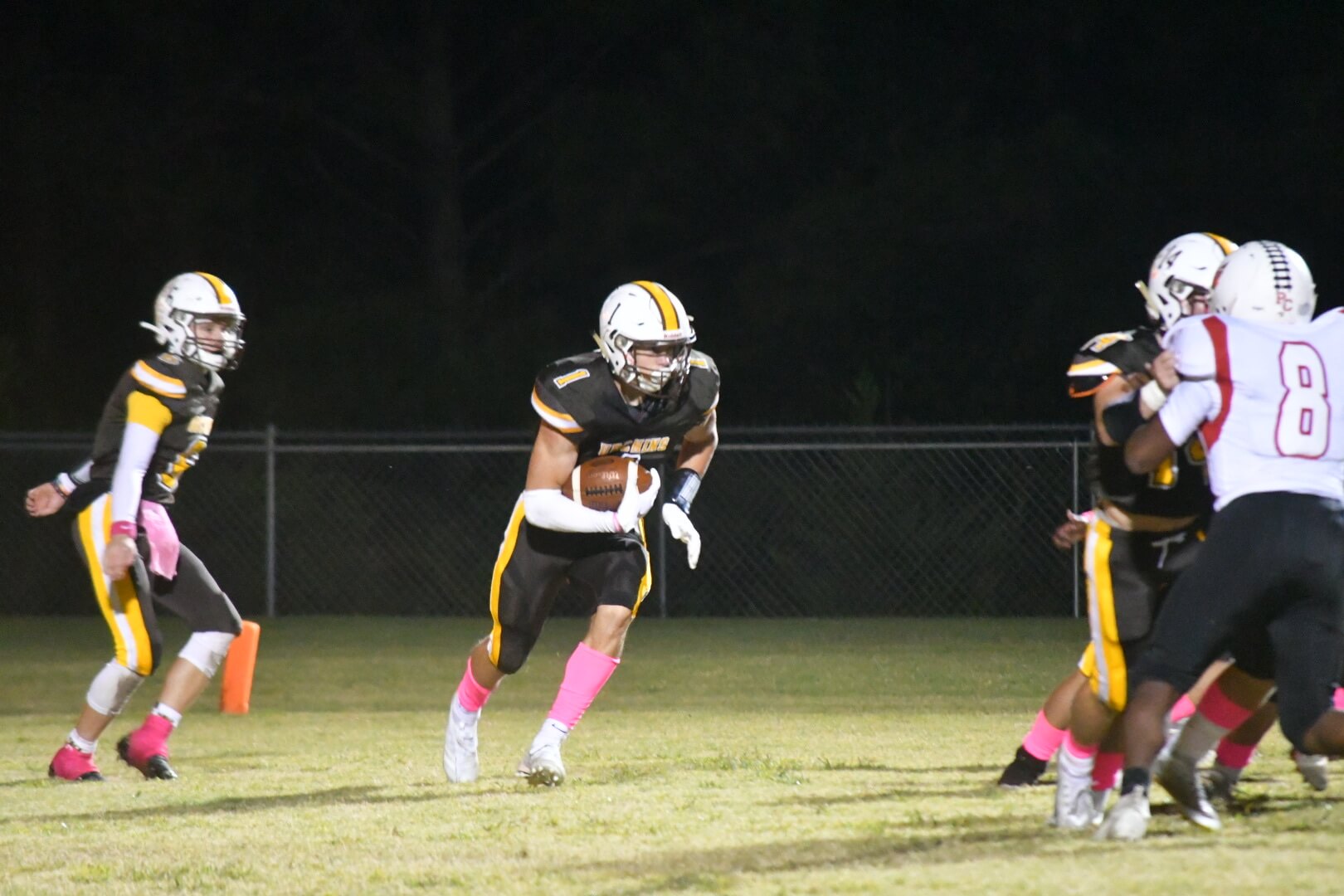 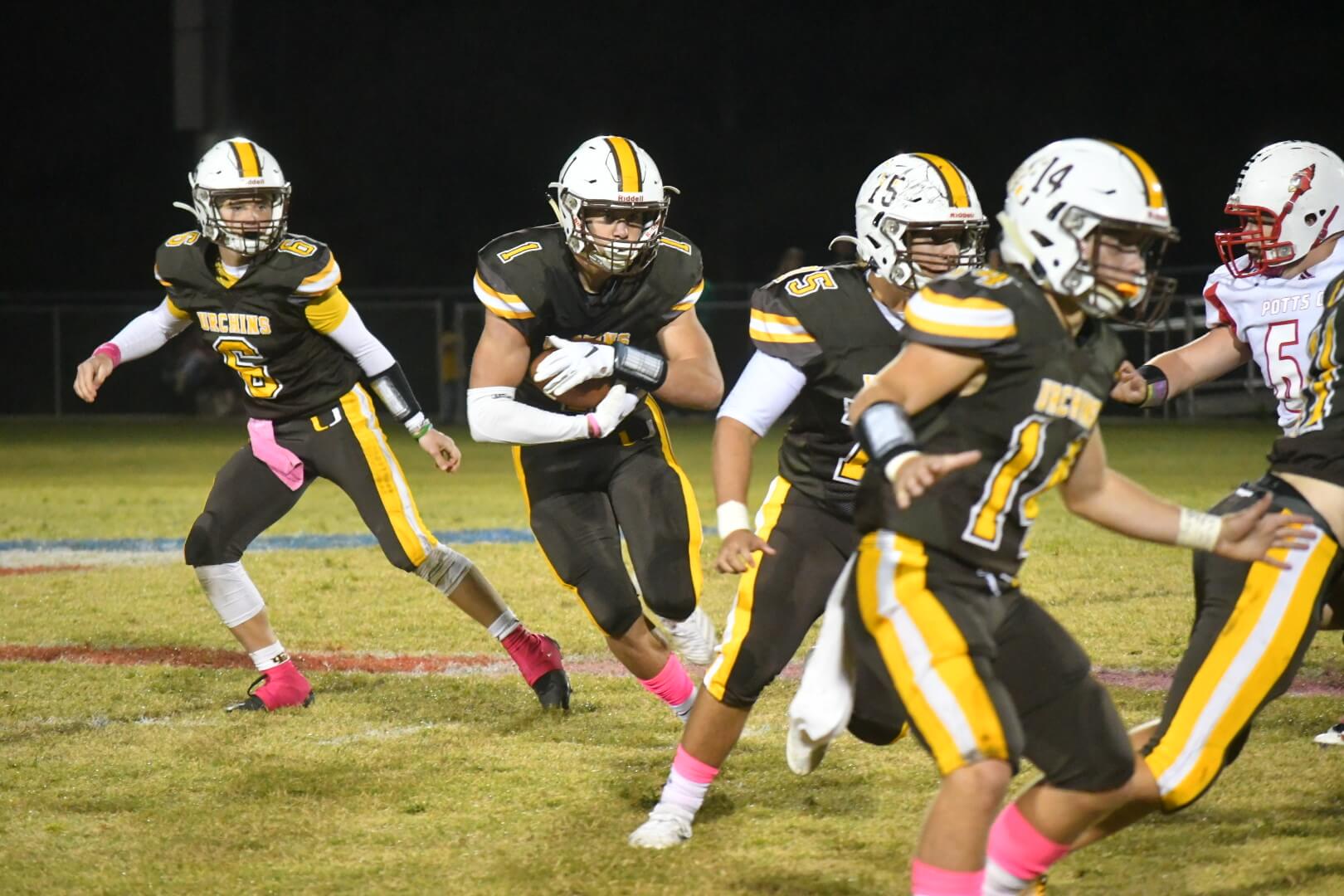 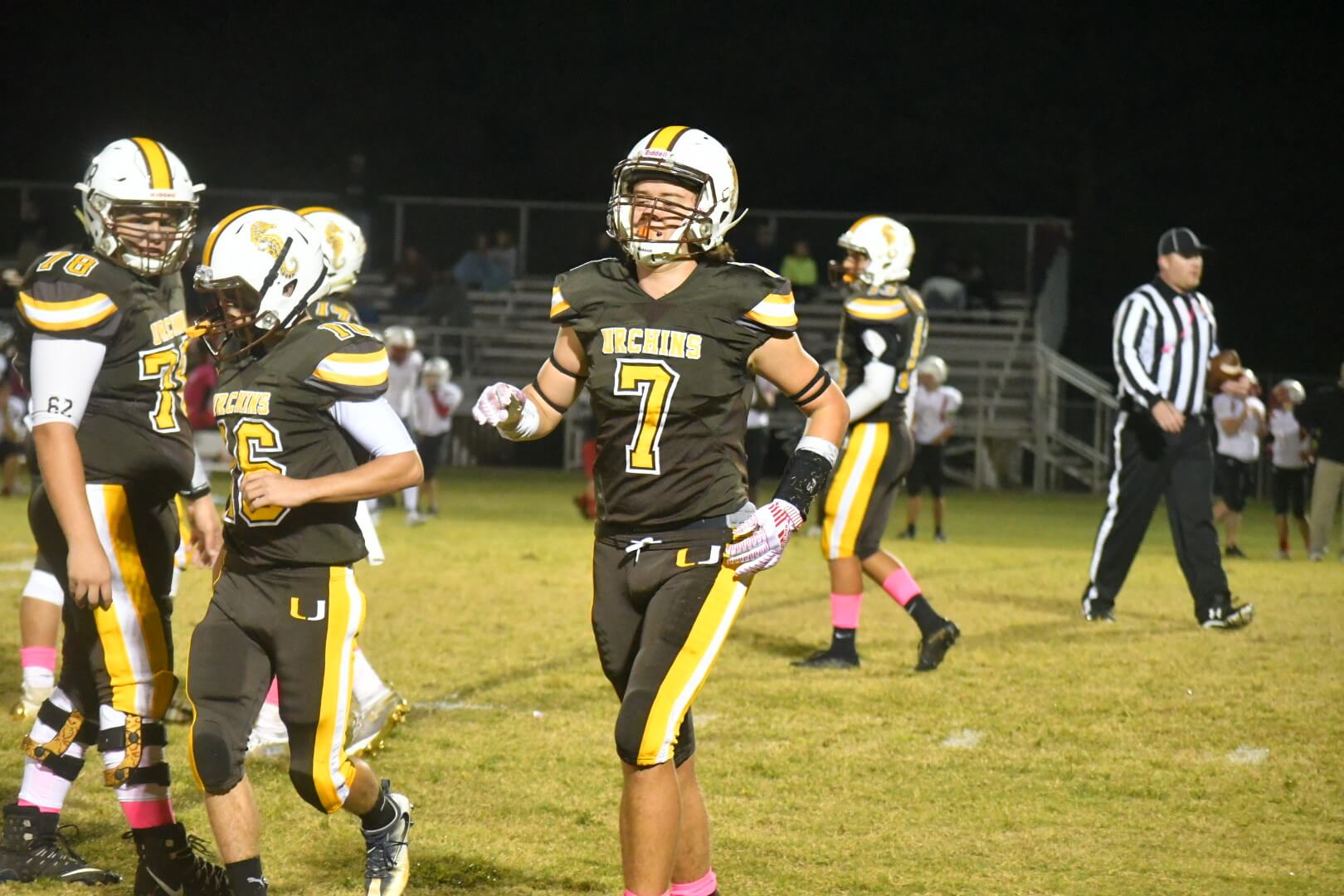 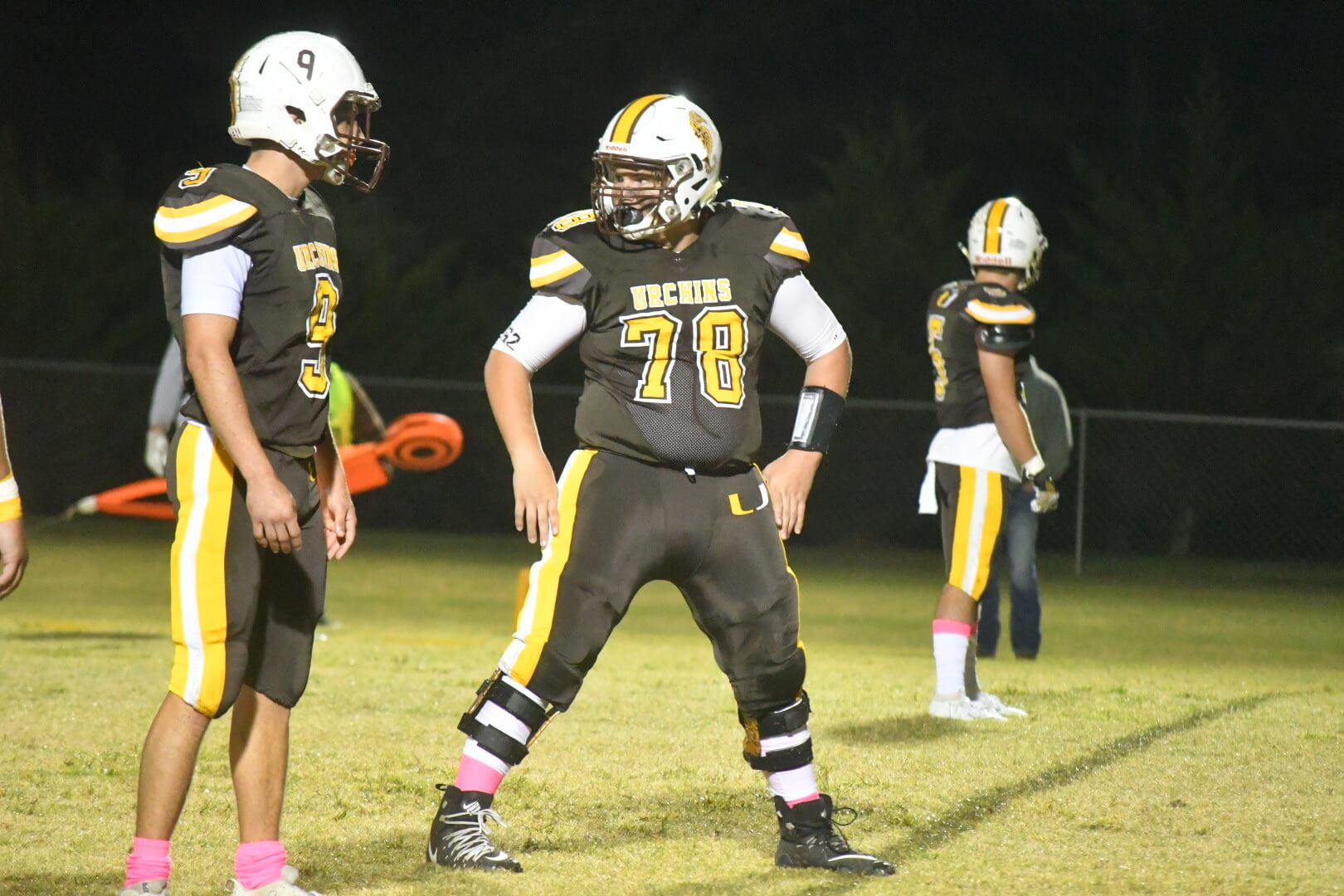 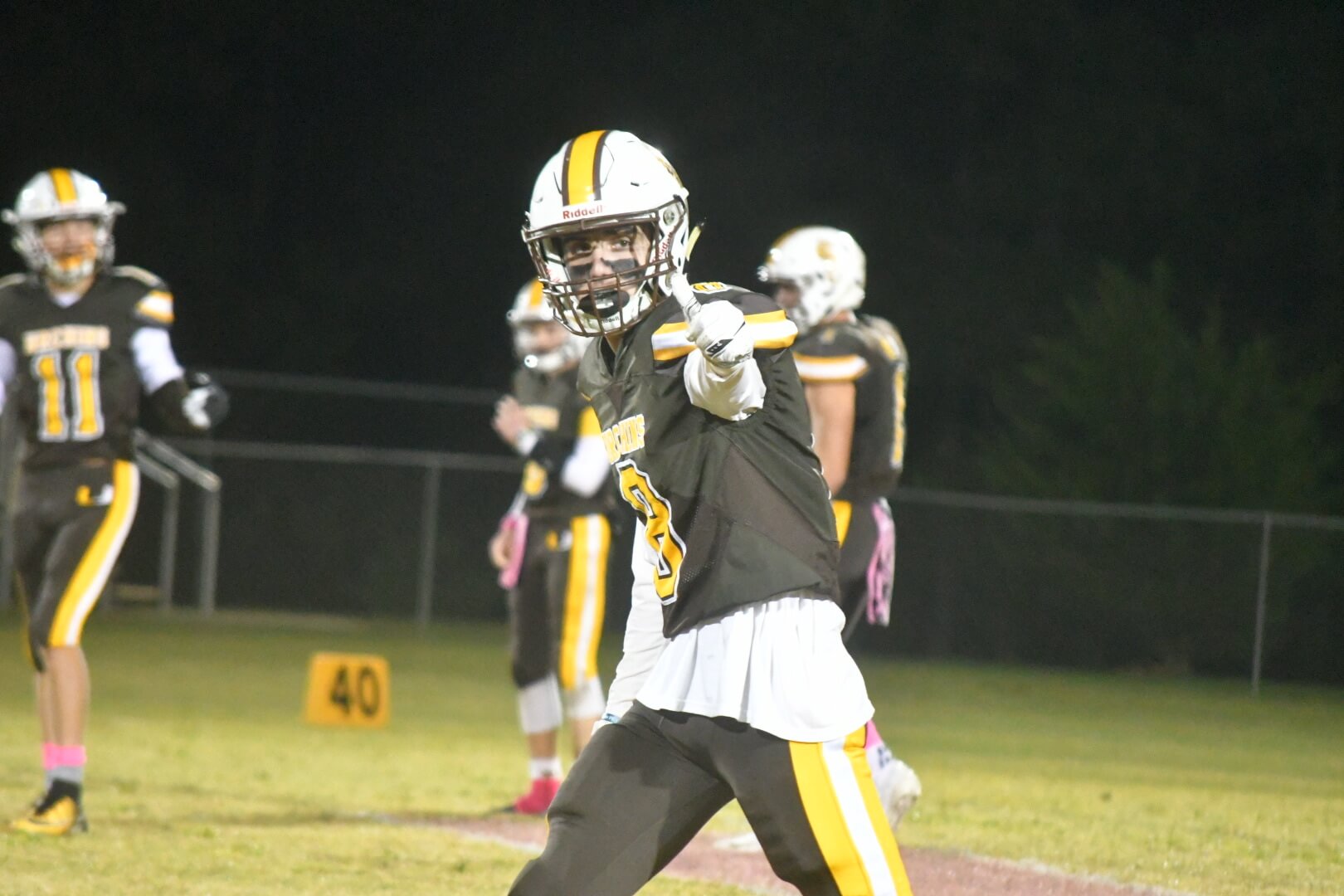 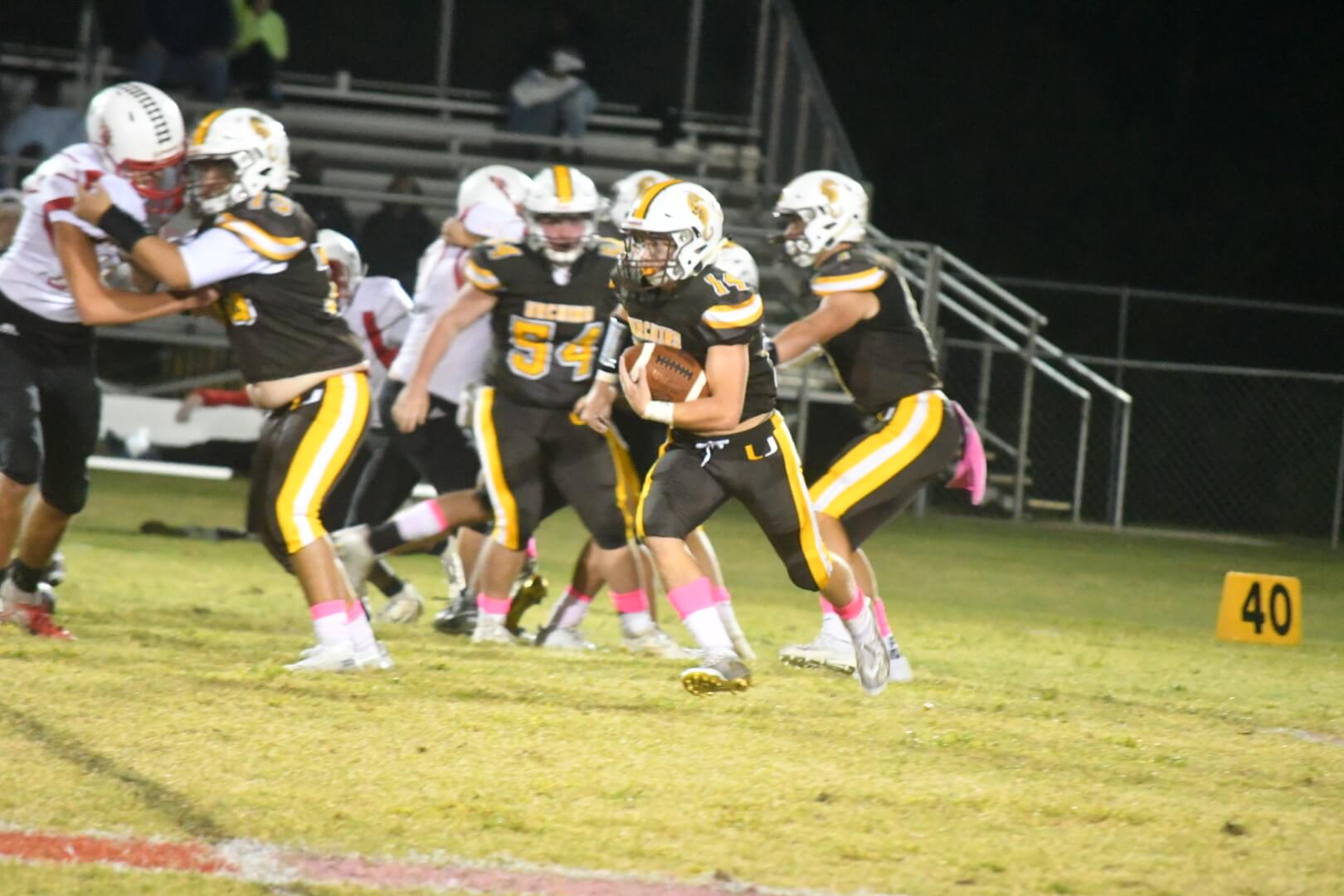 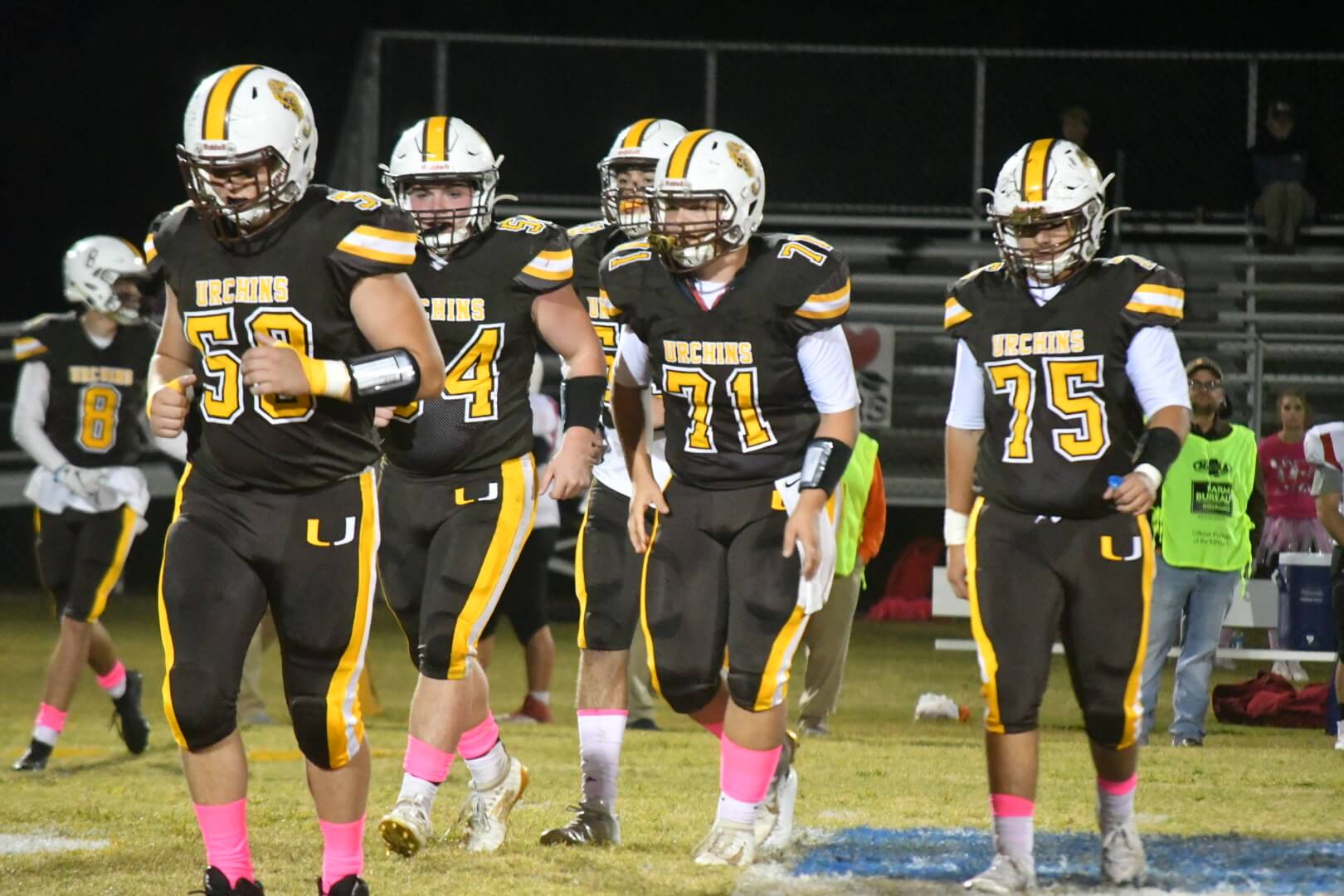