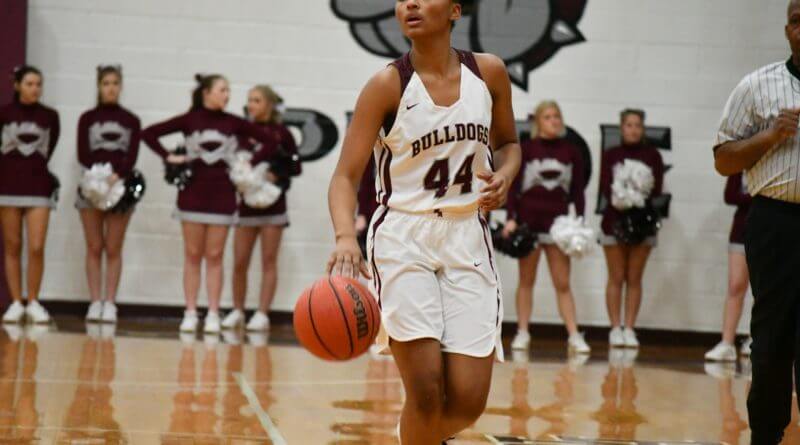 The Union County Basketball Tournament is an event that all of the area obsesses about over the course of three days. For Ingomar, Myrtle, West Union, East Union, and New Albany, bragging rights are the only things that matter from Thursday through Saturday. With that said, let’s take a look at the results of Day Two and look forward to Championship Saturday.

Despite the Bulldogs beating the Eagles by 54 and 27 points this season already, Coach Henderson’s squad gave the host team everything they had. Luke Willard had seventeen in the first half and thirty-one points on the game, and he allowed West Union to keep pace with high-scoring New Albany for much of the first half.

However, Albert McDonald and Mitchell Shettles continued to make runs to string their continued lead out further and further from the turnover-plagued Eagles. West Union cut the 37-25 lead down to ten four times in the third stanza; however, Shettles 28 and McDonald’s offensive rebounds doomed the #3 seed late.

In the upset of the tournament in terms of seed, the Lady Bulldogs knocked off the top-seeded Lady Urchins in a hard-fought, physical matchup. With East Union up by four at the halftime break, Analisa Cheairs came back from a foul-ridden first half to bring a forceful inside presence that gave the #1 seed fits. Along with that, Kelsey Ledbetter hit two threes to quickly swing the four-point deficit into a 39-30 lead at the end of the third period.

East Union put up an extremely impressive effort without four key players: Hope Robbins, Hannah White, Sylvie and Maggie McVey. However, their impacts, especially on the defensive side of the floor, were missed greatly, as Cheairs and Ashanti High consistently found success in the paint. The Urchins were lead by Peyton Wildman with eleven points and Jessie Roberts added nine.

In a rivalry matchup with a undefeated season and county championship game appearance on the line, the top-seeded Falcons overcame some early struggles to beat the Urchins 62-46 in the nightcap on Friday. Ingomar would only lead 12-11 after the first, thanks to a last second layup by leading scorer Clayton Stanford (25 points). East Union once again fought to take the lead, but a late 12-4 run gave Ingomar a 24-20 halftime lead that they did not relinquish the rest of the contest.

East Union started the game off fast and determined by leading almost the entire first quarter until Stanford’s layup. The Urchins again fought back to take the lead with a three-pointer by Collin Stephens; however, the 12-4 run in favor of the Falcons and Stanford’s 8-0 run in the early third quarter doomed any chances of an upset for East Union last night.