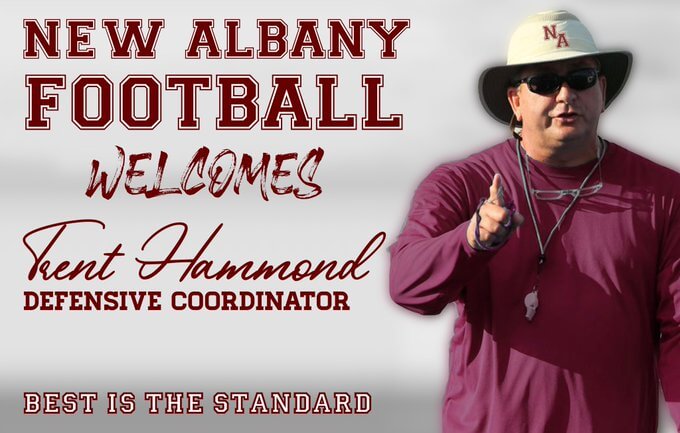 Hammond will be the new defensive coordinator for the Bulldogs of New Albany.

Hammond had a 64-24 overall record leading Tupelo and reached the Class 6A playoffs in all seven years he was at the helm.

His Golden Wave played for a state title in 2013.

Hammond had stops at multiple other schools before arriving at Tupelo. He led Amory and Water Valley.