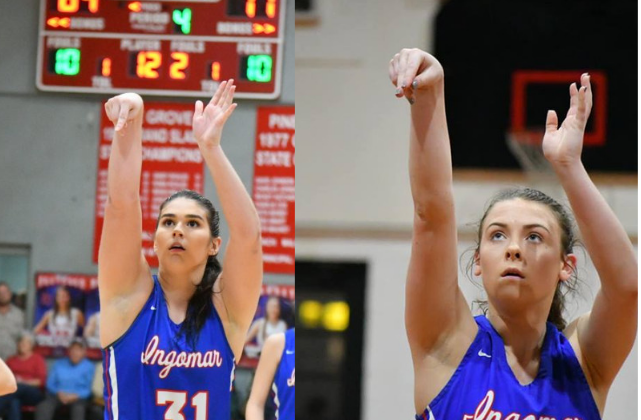 Over the last 6 years, the Ingomar Lady Falcons have won at a staggering clip. Multiple state, district, county and assorted tournament titles have been won.

In those six years, they have had numerous great players suit up. Winners that have went on to have succesful college careers.

But when it comes to getting buckets at Ingomar, the pair of Gara Beth Self and Lauren Thompson reign supreme.

As of writing in the state of Mississippi they are the highest scoring active career duo the Magnolia State has to offer.

Self has seen her scoring load increase dramatically this season to the tune of 577 points this season, second highest in the state on the season. That has moved her into the 2000 point career club as she now sits at 2080 points.

Thompson has been a scoring maching since the 7th grade. She went over 2500 career points this season and that is with missing a few games. She is at 2638 career points.

Their combined total of 4,718 is the highest in Mississippi as far as we can tell. With games still to be played you can almost count on them crossing 5,000.