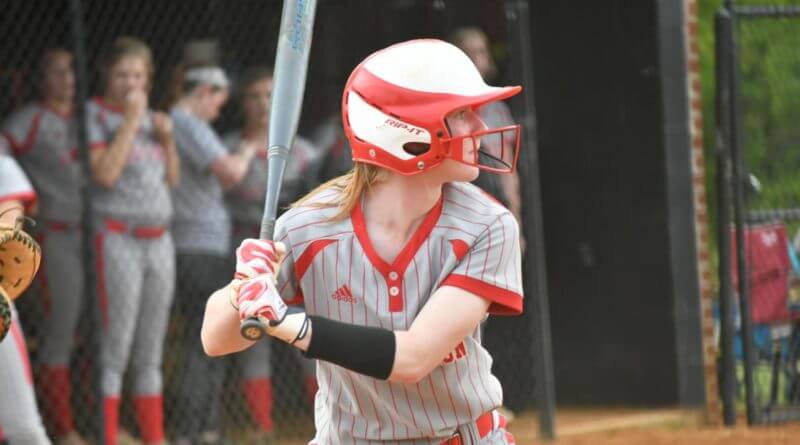 ENTERPRISE- Many young athletes dream of furthering their athletic career to the collegiate level. Even after rosters and scholarships have been finalized at the NCAA, NAIA, and NJCAA levels, many steller athletes still fall short. Annie Orman, however, has now joined that elite group after committing to the Ole Miss Rebels over the weekend to continue her stellar softball career so far.

“It still does not feel real,” Orman said about her commitment.

Orman’s head softball coach Lisa Bogue said it could not happen to a more deserving player.

“She’s worked hard all of her life for this, and it’s all paid off for her.”

Orman stated how much it meant to not only be able to play in the Southeastern Conference but also for the program she has aspired to be apart of since childhood in the Rebels.

“Growing up around here, that’s who you grow up watching and hearing about, so it’s always been my dream to go there [Ole Miss] and it’s just a dream come true,” Orman stated.

Orman and Bogue both feel that this could be a big boost to players at West Union and other smaller schools who do not think it’s possible to be recruited highly at small schools.

“Just, if you have dreams, you can always work hard enough to get where you want to be,” Orman said.

“She is a role model to the team, girls in Union County, and I guess all over Mississippi. Ole Miss doesn’t take many in-state players, so for her to be continuing on to play there is just so impressive and big for the area,” Bogue stated.

Orman, who as a sophomore last season batted .577 with a 1.225 slugging percentage, 31 RBIs and eight home runs last season, realizes that there is still a lot more to be done in the next two years.

“The work has just begun. After you commit, you gotta keep working hard to earn that spot and help bring a championship back home.”

Orman, in her last statement, gave thanks to God for her offer and commitment.

“I’ve just given God all the glory, and he’s been so good to give me this opportunity to use this platform to glorify him.”