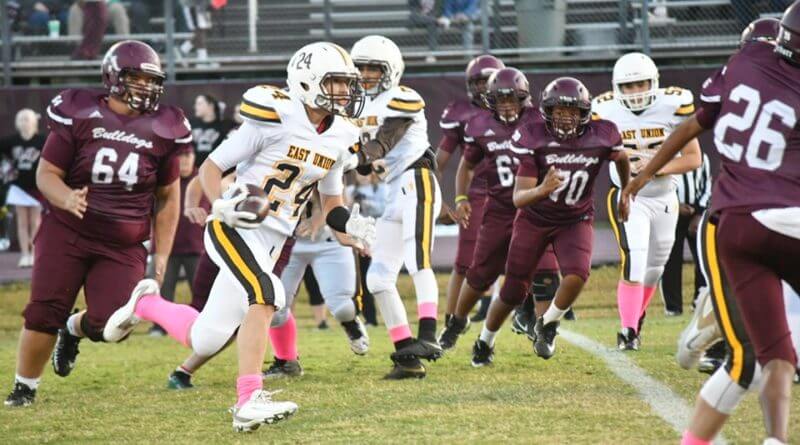 The East Union Urchins junior high program entered their game Thursday with a single loss, to in-county for New Albany earlier in the season.

The Urchins came back from a halftime deficit to win a defensive struggle over the home team Bulldogs and claim the Waterway Conference championship.

A scoreless first quarter was punctuated by long, clock eating drives and a big 4th down stop by New Albany to gain control and march down the field to score for a 6-0 halftime lead.

The Urchins would not be denied in the second half, though.

The Urchins came out with an onside kick they they recovered and used as a spark to march down the field.

Hayden Frazier scored a pair of second half touchdowns on the ground and the East Union defense allowed only 34 second half yards to claim the 14-6 win and the conference title.