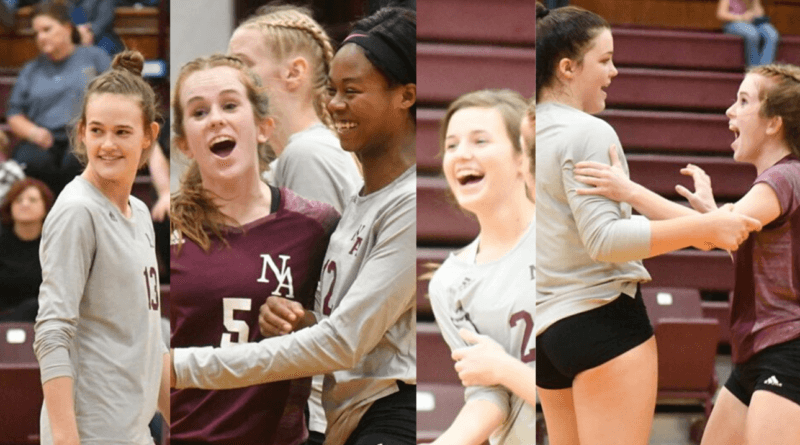 New Albany has found themselves in familair territory, making it to the second round of the state volleyball playoffs for the third straight season.

Their ambitions are a bit more lofty than that, though.

The Lady Bulldogs swept past Pontotc on Thursday by scores of 25-20, 25-11 and 25-19 on Thursday, setting a date with Greenwood on Tuesday to decide who plays for a North State championship.

The Lady Bulldogs got big leads in all three sets on Thursday and each time defended a furious comeback from the visiting Lady Warriors.

New Albany got the match sealing point and celebrated accordingly with their fans, who played an important role in cheering the team on all night.

New Albany now moves on to face Greenwood, themselves a 3-0 first round winner.