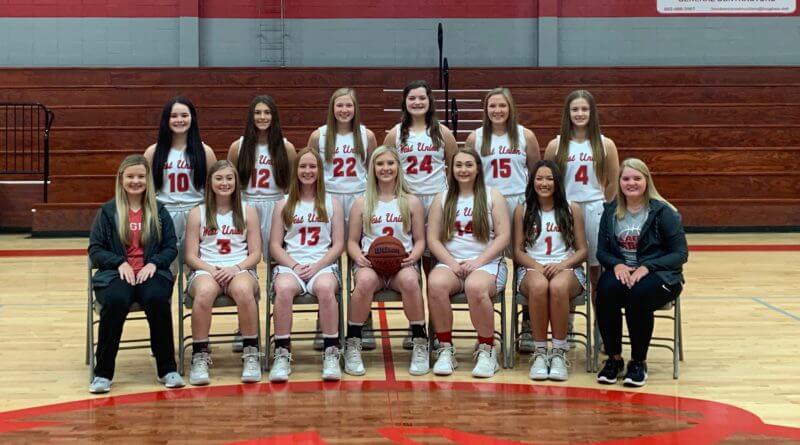 ENTERPRISE- Coming off a 2018-19 campaign in which the West Union Lady Eagles were one offensive possession away from heading to Jackson, Coach J.C. Hayles and his team look to make that next step and find their way deeper than the second round in the state tournament.

“I think we are a much better basketball team than we were last year. We felt heartbroken after last year’s loss to TCPS, and we definitely look to make it one round further and let the chips fall where they may,” said Hayles.

Of course, the biggest returner for the Lady Eagles is guard Annie Orman, who led the team in scoring and will be looked upon to lead the team scoring again, but she will also look to increase her role all over the floor.

“Last year, she [Orman] only really knew how to give us a boost by scoring, but this year she’s making much more impact on defense than before… I truly believe she wants me to put her on the opponent’s best player and make her work,” Hayles stated.

What makes this West Union team so dangerous is that the roster fails to have a single senior on it but still touts plenty of experience, which will make this team dangerous for years to come.

Some of the other contributors are guards Eden Conlee (Jr.), Mary Greer (Jr.), Sophie Hooker (Jr.), Emma Callicutt (So.), and Ella Kate Taylor (Fr.). Also, Mackenzie Morris (Jr.) will contribute greatly on the rebound front as a forward, after the loss of Allie Green from last season.

Greer and Anna Carwyle are two that the team looks to make a much bigger impact than last year.

“Mary has knocked down a lot of shots for us in practice and scored from the outside, which she didn’t do much last year… Anna didn’t get much playing time last year as a freshman, but she will provide us with a lot of length and athleticism on defense.”

Of course, this team is looking towards making sure division games are won, this team has its eyes set towards beating county rival Ingomar, which they have not done since the 2013-2014 season.

“If you ask these girls right now who they want to beat, they are gonna say Ingomar.”

This team comes into the season with high expectations, many picking them to win their division and some picking them to go further. While Coach Hayles knows the competition will be tough, he and his team leave no question to what the goal this season is.

“We know there is still plenty of talent between teams like Hickory Flat, Myrtle, and others, but at the end of the day, we expect to win this division.”