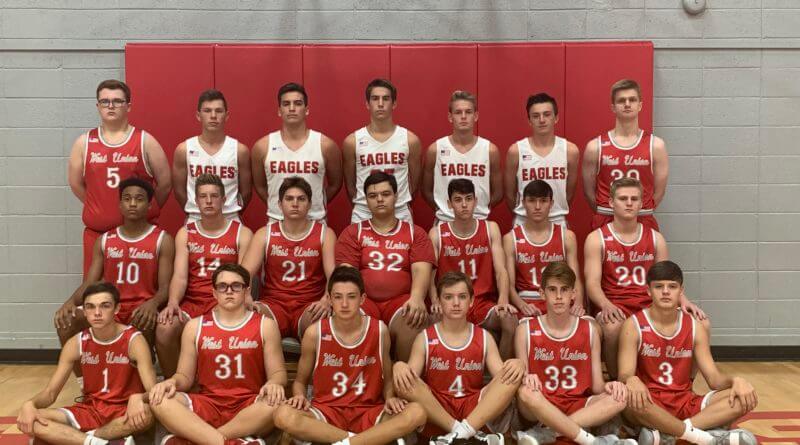 ENTERPRISE- For Coach Timbo Henderson and his team, they look to improve on last year’s second round exit and move on to the state quarterfinals and further for the first time in Henderson’s tenure as head coach of the West Union Men’s Basketball team.

“Overall, the goal stays the same as it always does, and that is to improve on where we finished last year.”

One of the biggest storylines from this team is replacing the production lost following the graduation of sharpshooter Cole Phillips, who led the team with 18.7 points per game on three made three-pointers per game and a 37% percentage from behind the arc. While the team has had some step up their shooting from outside, Henderson’s goal is to replace that scoring “by-committee.”

“Sam [Callicutt] has the potential to shoot it as well as Cole, and Caleb Graves shot it very well during the spring. We are looking at it, though, if just a couple of our key guys can just bump up their scoring a few points a game, then Cole’s lost production just disappears.”

The depth looks good for this team, but Henderson expects to throw a few inexperienced players, like Brandon Phillips (Jr.) and Daniel Conlee (Fr.) into action early, which he likes to do early in the season.

“Now days, kids have a mindset of ‘put me in the game and I’ll show you I can play, Coach,’ and plenty of these guys are going to have their shot. We have twenty on our roster, and we will have into the double-digits players who will get opportunities to earn playing time early on,” Coach said.

“At our level, you can’t really schedule down,” Henderson joked. “We like playing that tough schedule early, and we may never have a 34-4 record because of it, but it helps us to play our best down the stretch, which is exactly what you want.”

The main production coming back from last year comes from senior Luke Williard, who averaged 15 points per game last season and looks to take a step up this year.

“I knew it was gonna be tough losing Cole from last year, but I have really been working on my shot from outside this season to try to space out our offense in the same way he did last season,” Willard stated.

Coach knows he has a seasoned team with five seniors in Willard, Callicutt, Braden Williard, Jerod McDonald, and Boo Robertson to give this team some stability with a lot of young players giving this rotation depth.

“It’s definitely going to be a tough, but fun year. Especially early in the year, we are gonna mix the lineups up a lot and trot multiple different groups out, but I expect all five of those guys to make big impacts for us all year long.”

Like the girls, there are some people who see this team as a division favorite, and Coach Henderson is very interested to see how a usual-underdog minded team will react to being seen by some as the target.

“Byers has looked really good in the summer, and Coldwater and Myrtle are going to be tough. Throw us in their and those are probably be your four out of this division. I don’t know if we have ever been seen as a favorite, but I’ll be interested to see how our kids handle being looked at as a favorite,” Henderson said.

All in all, Coach hopes these expectations make teams give them good fights and learning experiences.

“If other teams see this, hopefully that just means they will give us their best shot because it can only stand to make us better.”