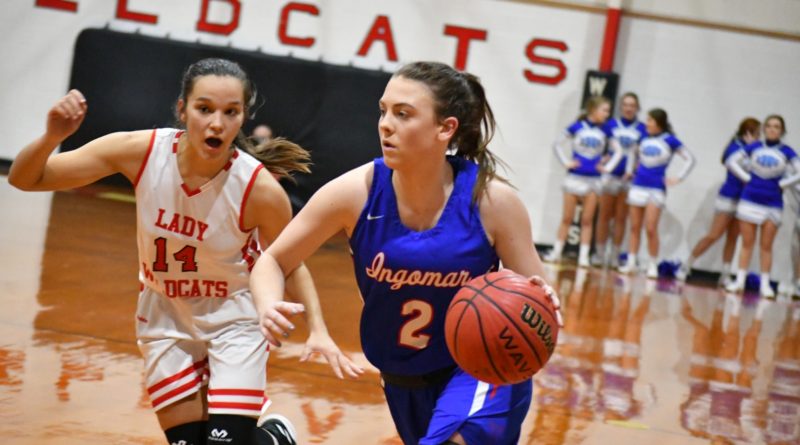 For six seasons, Gara Beth Self has been a force to be reckoned with in Mississippi High School girls basketball. But now, she is taking her talents across the state line as she gears up to play for the University of Louisiana-Monroe Warhawks women’s basketball team.

For anyone who knows Self, they know that it has been a lifelong goal for her to play basketball at the Division I ranks, and she is still overjoyed that her dream is being realized before her eyes.

“To be able to accomplish the goal to play DI basketball is extremely humbling, and I’m so thankful that Coach Brooks [Donald-Williams] gave me the opportunity,” Self said.

While most would think that moving from a 1A school to a four-year college campus, but Self has taken it in stride and been very complimentary of her new school.

“At first I was super nervous about moving straight on to a four-year campus, but it hasn’t been as hard as I thought and I have loved it ever since I have arrived.”

Over her Ingomar career, she improved more and more each season, gaining attention from all over the state and many institutions, as well. In her senior season, she led Ingomar to a 33-4 record and a division championship. Along with that, she averaged 19.4 points, 2.9 rebounds, 2.6 assists, and 2.8 steals per game.

Now as she moves on to ULM, she continues to strive to be the best player she can be while also striving to become the best person she can.

“My goal is to grow to be the best player I can be but more importantly person throughout my college career. It’s so much more than just basketball to me. I have the opportunity to get an education and make something out of myself, so when it’s all said and done, I want to have a degree and be the best woman I can be.”

On the basketball side, she has already bonded with her fellow Lady Warhawk teammates in a way quicker than she ever thought.

“My new teammates are honestly like sisters to me. I don’t think I’ve been as close to a team as I am with them, and that says a lot considering the bond I had with my high school teams.”

In the “Women’s Basketball Preview” article posted on ulmwarhawks.com, Coach Donald-Williams had extremely high praise for Self.

“She’s a kid that I think is going to surprise some folks… She’s a deceiving player. She looks like she’s just a catch-and-shoot player, but she’s got a quick first step and can go by some folks… If we started today, she’d be in the lineup.

Overall, she is overjoyed to be able to represent the small school of Ingomar Attendance Center

and Union County, in general. For her to represent them in a whole other state is simply humbling for her.

“Ingomar is a small school, obviously, and for me to be able to represent that in another state at the highest level is extremely humbling. It shows me how blessed I am and makes me want this even more.”

Finally, when asked on who she’d like to thank, Gara Beth had many people to thank for their help on her journey to DI basketball, along with Coach Brooks Donald-Williams for giving her the opportunity to play at ULM.

“My family, of course, for pushing me so hard. My high school coaches definitely deserve a thanks: Coach Adair, Coach Downing, and Coach Durrough. Also, my AAU coaches Coach Ron and Coach Chip for all they have done for me.”

Self begins her college career on Monday, November 4, with an exhibition at home against Millsaps College. Her first official game will take place about 35 miles from her former school, as the Lady Warhawks travel to take on the Ole Miss Lady Rebels in Oxford, Mississippi on Sunday, November 10 at 2 PM CST. The game will be broadcast on SEC Network Plus, and tickets can be purchased for the game at $5 for general admission.