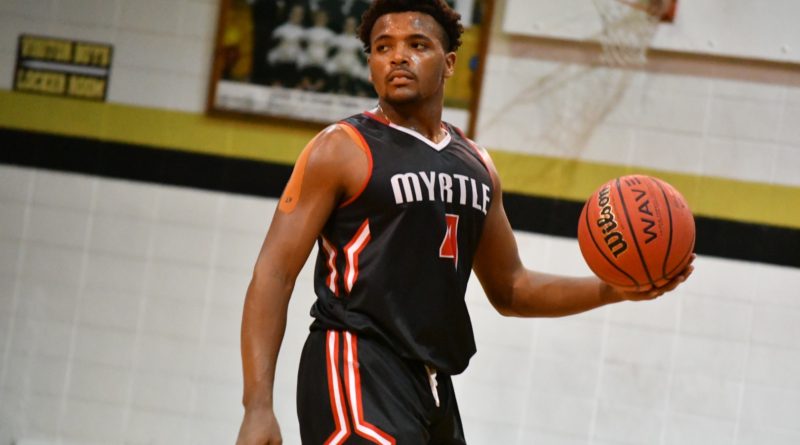 For Coach Rob Browning and his team, the strive for improvement has never been higher after just missing out on the postseason last year.

“This team is a competitive group, so missing the playoffs has hurt this offseason. They are working hard, and if we continue to improve, I like our chances this season of getting back in the playoffs,” said Coach Browning.

Despite losing three seniors to graduation, this team still returns plenty production. The biggest returner has to be A.I. Nugent, who was the leading scorer at 15.7 points per game, along with being a major rebounder for this group.  Despite Nugent being busy this fall becoming a budding star halfback for the young football program at Myrtle, Browning raved about how he has still found ways to improve his game on the court.

“He’s the ultimate competitor. His progression this summer shooting the ball from outside was great to see. Hopefully, we can dust off the rust fairly quickly when football is over.”

While the experience will be great for the Hawks, Coach Browning has plenty of young players he looks to have step up to give much needed depth to this team’s bench.

“Carl Graham, Caden Hutchenson, Dylan Gaines, and Caleb Sullivan are all guys who have improved and should give us some depth this year that was not there last season. Brayden McNeal also moved in, and once healthy, he should give us a much needed inside presence.”

As an assistant coach for the football team, Browning has not got to spend the most time with his group, but he has definitely seen improvement and growth from this team, especially over this past summer.

“We had a really good summer, and saw a lot of guys get valuable time that had not played much prior to then. Our offseason has changed so much with most of our team being on the football field, so the guys still in the gym have worked hard to improve.”

Overall, Coach has looked mostly towards seeing how his team fares in division play in what he sees as a wide-open year.

“Our division is really competitive, so it’ll be interesting to see how we shape up to the other teams.”