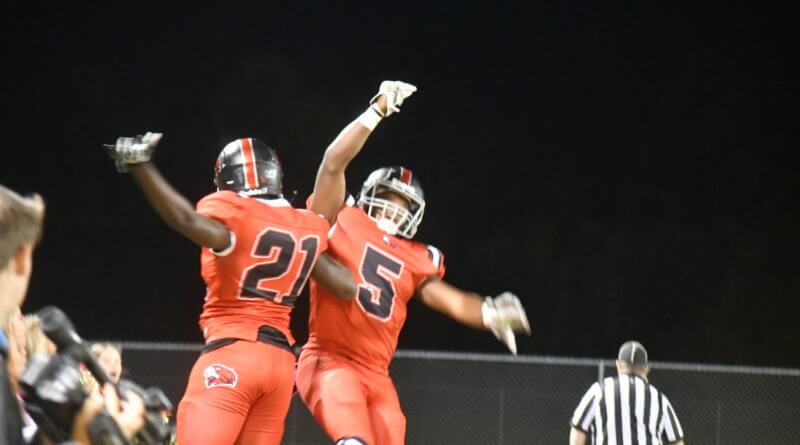 For the Myrtle Hawks, the stakes were known for last Friday’s game. If they beat Coldwater, they get to play this upcoming Friday for a home playoff game and #2 seed in the division. Coach Smithey and company did exactly what was needed as they beat the Coldwater Cougars 34-8 to set up the huge match-up next week versus the Baldwyn Bearcats.

Myrtle started quickly, as they seem to do often, with a fifteen-yard touchdown pass from Jackson Mayer to Gabe Enis to gain a quick 6-0 lead after a blocked extra point.

A three-and-out allowed the Hawks to get right back on the scoreboard with a touchdown run by Elijah Thompson from ten yards out to cap off an eleven play drive and extend the lead to 12-0. A turnover on downs by Coldwater helped A.I. Nugent make his first big play of the game with a 35-yard touchdown run on the first play of the drive.

The Myrtle defense made huge plays all game and held the Cougars to 25 offensive yards in the first half, so it was fitting a thirteen-yard scoop-and-score by Luke Gains helped the Hawks extend the lead 26-0 going into halftime.

The defense again came up big for Myrtle by forcing another turnover on downs, which led to Nugent’s second score of the game on a one-yard run to make the lead 34-0.

After that, the clock was ran by the officials, and despite Coldwater finally scoring on Myrtle’s back-up defense with a touchdown pass from 26 yards out, the Hawks won in decisive fashion to set up next Friday’s huge showdown.

Nugent led the way on the ground, as usual, with twelve carries, 103 yards, and two touchdowns. Thompson went 2-2 through the air for forty yards, and carried the ball seven times for forty yards as well. Finally, the Hawks only allowed 85 yards to the Cougars and forced a fumble, interception, and four turnover-on-downs.

Of course, Coach Smithey knows how big next weekend is, but treating every game like next week as been a huge part of his team’s mindset.

“They’re a storied program, very talented, and fundamentally solid, but just like every week, I tell our guys ‘this is the biggest game all year.’”

With this win, the Hawks improved to 6-4 on the season and clinched no lower than the #3 seed in the division. Next week brings the regular season finale and the Baldwyn Bearcats to town, as the winner clinches a home playoff game, which would be Myrtle’s first in school history and come in their first postseason-eligible season.