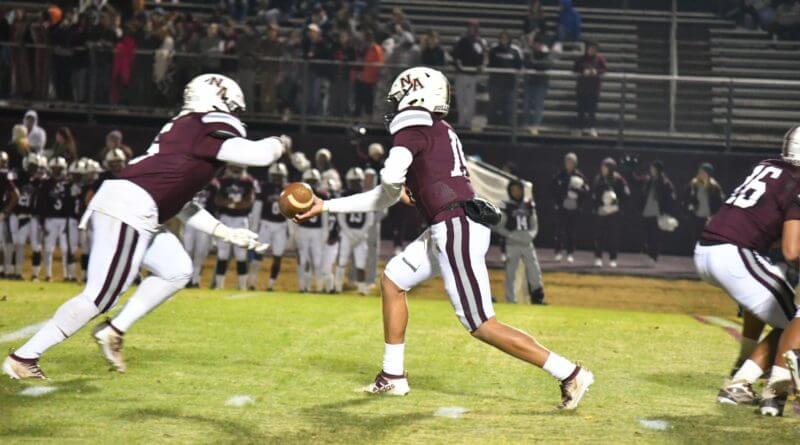 The first round of the 4A football playoffs began last Friday, and Union County was treated to a barnburner. After Shannon jumped out to a 24-20 lead in the first half, the New Albany Bulldogs dominated the second half with a 34-8 run to prevail over the Red Raiders 54-32.

Shannon got the fireworks started early with Talon Doss returning the opening kickoff 76 yards, and Sentwali White also had a five-yard touchdown run later in the first. However, C.J. Hill got his unbelievable game started with two scores in the opening fifteen minutes to cut the Red Raiders lead to 16-13.

Hill scored once in the second quarter to briefly give the Bulldogs their first lead of the game at 20-16. Shannon responded nicely, though, as Jamarcus Shines ran it in from four yards out to take the 24-20 lead into the locker room.

The second half was all New Albany, however, starting with a five-play, 57-yard drive that ended with a Charlie Lott touchdown pass to Hill to give the Bulldogs the lead again at 27-24. After an interception, Hill ran it in from ten yards out for his fifth touchdown of the game.

The turning point in the game came with two minutes left in the third quarter. A shanked punt by the Red Raiders allowed Ramaryon Crawford to return a punt 54 yards to put the Bulldogs up 40-24.

While Shannon was able to score on the next possession on a forty-yard touchdown pass, Hill continued his career night with touchdown runs of 46 and 15 yards to lead the Bulldogs to a 54-32 first-round victory.

Hill unofficially had 21 carries for 229 yards and seven total touchdowns. He complimented his offensive line after the win.

“My O-line was opening up a lot of holes and when it’s that easy to run, it’s a good night for me,” Hill stated. “Coach told us that he knew we could control the line of scrimmage, so if it gets to the point where you’re running on safeties then that’s what we like.”

Shannon ends their season at 5-7, but New Albany improves to 8-3 with a second-round matchup at undefeated Greenwood next Friday. Coach Cody Stubblefield will treat the matchup like every other week.

“When we are playing well, we are a really good football team. We’re gonna go in there swinging and see if we can’t upset them” 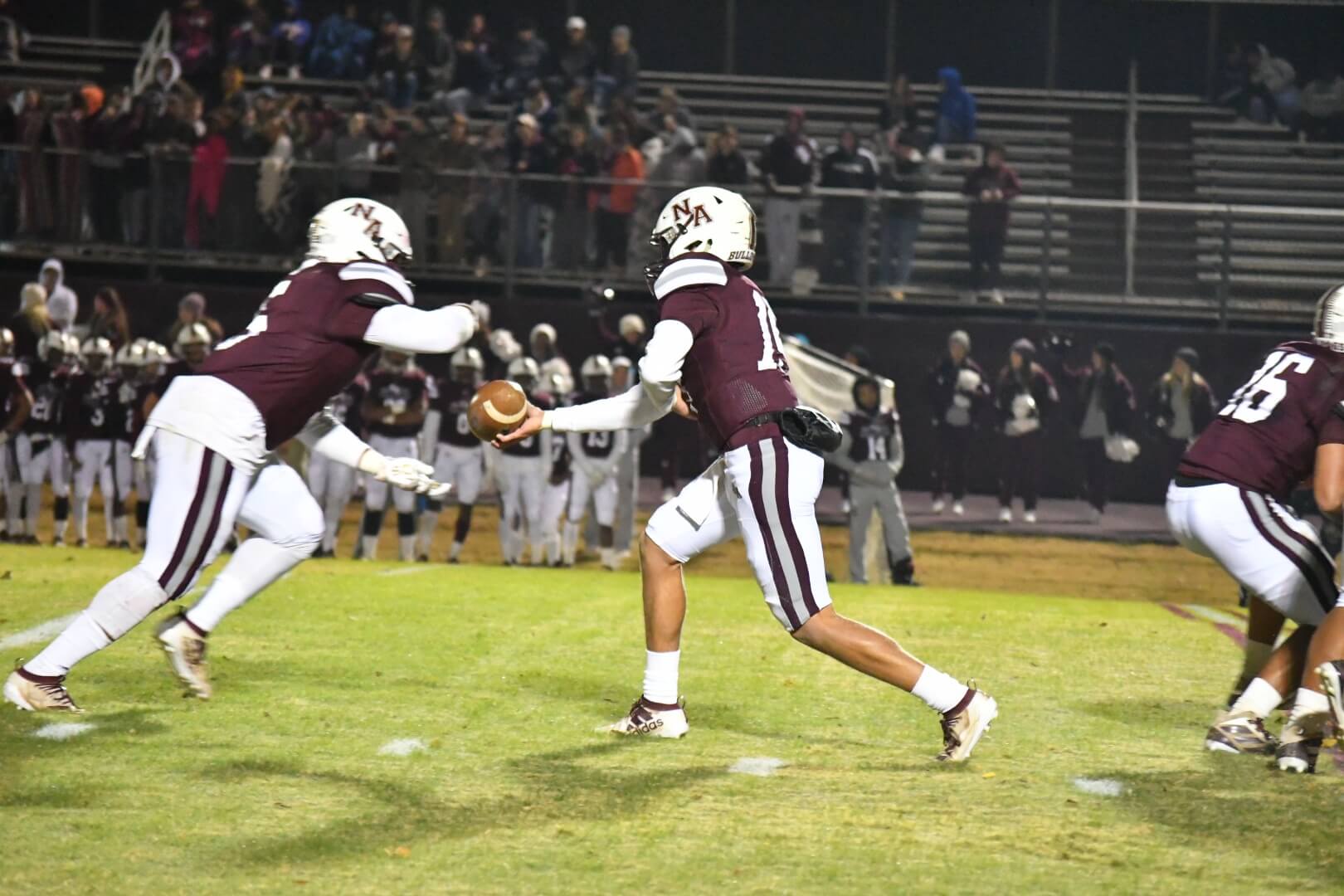