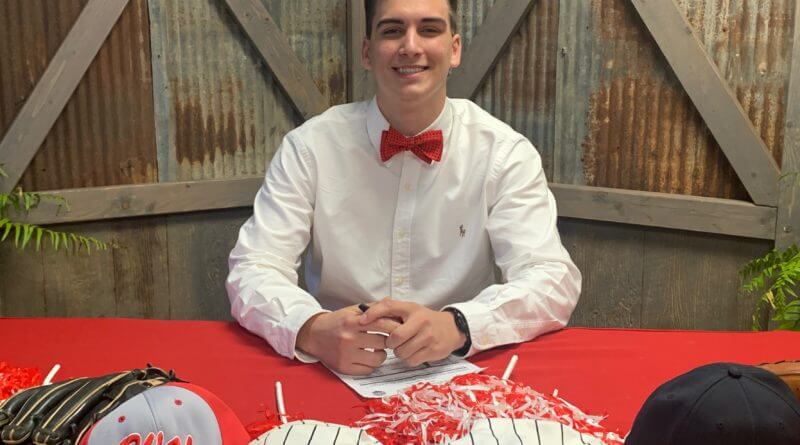 It is becoming a trend to have West Union develop college athletes, especially at the junior college level. Luke Willard can be added to that list after he officially signed with the Northeast Mississippi Community College baseball program last week.

When asked about it, Willard just talked about how it feels surreal to finally achieve his lifelong dream to play college baseball.

“I’ve worked hard for it forever. I have always had a dream to play at the college level, and I am really ready to start this next chapter.

There are plenty of reasons for Willard’s commitment, but the biggest two are former teammates Ryder Willard and Cole Phillips play for the Tigers, as well as the new “Field of Dreams” complex, which is set to be maybe the nicest facility in the NJCAA.

“The best field in JUCO baseball, in my opinion. Also, I’m ready to play with my friends again. This will be my first year without them [Cole and Ryder] and I am ready to be playing with them again,” Willard said.

Coach Ashley Russell, who has coached Luke since the seventh grade, sees the importance in having guys like the two Willards and Phillips moving on to the college level to inspire the younger players in the program.

“That’s huge for us and our program to get to send our guys to the next level. I’m so proud for Luke and how hard he has worked, and hopefully it will inspire our guys to keep working to reach that level one day.”

Along with that, Russell has seen Luke’s growth on and off the field.

“Luke has always been a good player, but he’s really matured and grown to be able to call a game and handle our pitchers behind the plate. However, the thing that sets Luke apart, is his leadership ability. Whether it’s on the baseball field or the basketball court, the guys get behind him and rally behind him.”

Willard, as a junior, hit .417 on the season, with 29 RBIs, eight doubles, and a home run. Behind the plate, he sported a .982 fielding percentage and has earned respect as one of the elite catchers in the area.

However, Willard is not satisfied, and he and his team still look to finally get over the North Half hump that has plagued them the last two seasons.

“We are gonna keep working, keep grinding, and I really feel like our chances to win the state championship are just as high as last year.”