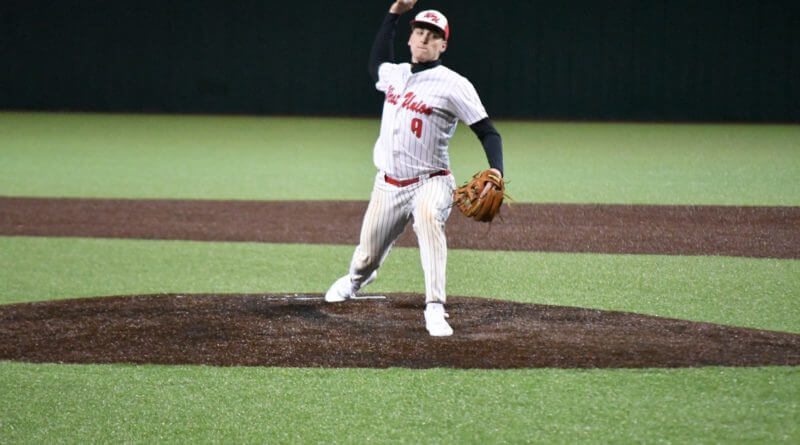 They say the best strategy for winning is to score early and score often.

The Eagles of West Union got the early part down and still came away with a victory.

A pair of first inning runs proved enough as the West Union pitching staff threw 5 innings of combined scoreless baseball on their way to a 2-1 win over 4A power Ripley.

West Union got a pair of runs in the first inning on a pair of leadoff hits from Boo Robertson and Luke Willard. They were both driven in on a sacrifice fly by Dylan Gates and a Jerry McDonald single, respectively.

Gates, the starting pitcher, gave up a 2nd inning run to the Tigers and that was all the offense the traditionally potent Tiger attack could muster. He would only allow one hit while striking out 6.

Reed Scheile came in with a runner on 2nd and one out in the fourth inning and worked his way out of it. He went on to pitch 1.2 innings of relief, giving up just a single hit as well.

Luke Willard came in to shut the door in the 6th and seventh inning, maintaining the 1 run run lead while scattering one hit with three strikeouts.

8th grader Greer Manning got a pair of singles on the night as the only Eagle with multiple hits.

West Union remains undefeated on the season at 3-0. They are back in action Friday against another tough 4A opponent in defending state champion North Pontotoc.