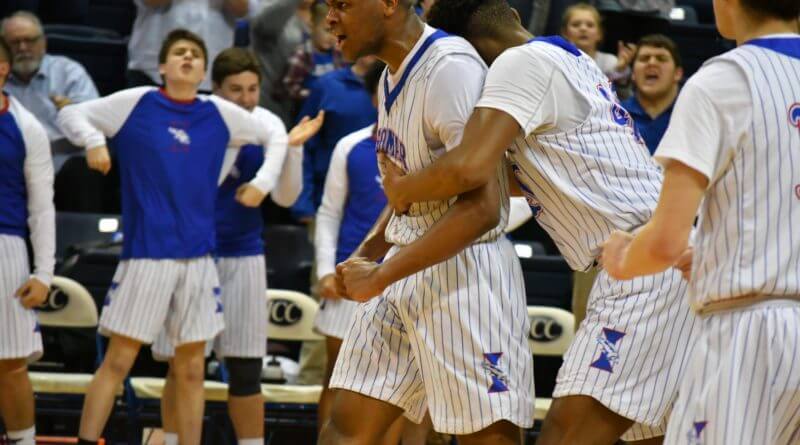 Ingomar needed big plays late. They were down headed to the fourth, and Coffeeville had all of the momentum.

The Falcons have made a habit of making big plays in big games, though. So that is just what they did.

Ingomar controlled the glass and got big plays and clutch free throws late, turning a one point lead with under a minute to play into a 69-61 victory over a very talented Coffeeville team.

The Falcons are back in the Big House.

Nathan Weeden, Zach Shugars and Nyheim Jones combined for 24 points and the Falcons connected on 11 free throws to get the come from behind victory.

After racing out to a big first quarter lead, Ingomar trailed at the end of the 2nd and third quarters before a series of big plays sparked the comeback.

Jones skied for a 2 handed layup above the rim and got the bucket on a goaltending call. Then the Falcons created turnovers and finished at the line, ending on 7 straight Shugars points.

Weeden finished with 21 to lead in scoring. Shugars added 20. Jones ended with 17.

Ingomar moves on to the semifinals, one step away from the state championship this group set out to win.