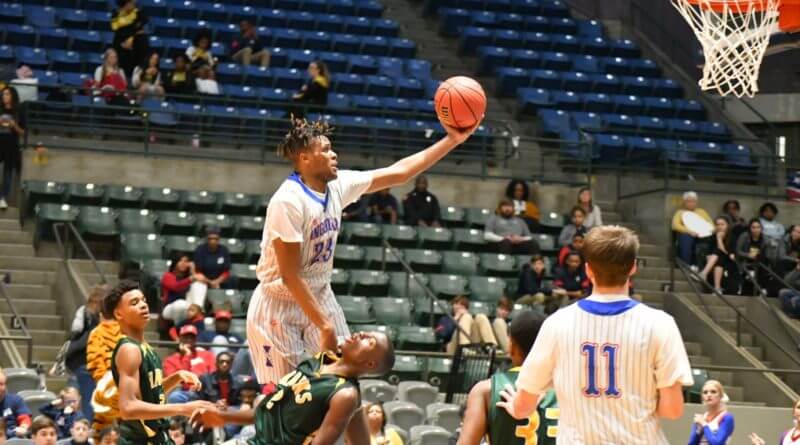 Shaw came out the gates swinging. They knocked down a pair of three pointers in the first quarter and wrecked havoc on defense, forcing Ingomar into 12 first quarter turnovers en route to a 14-7 lead.

Ingomar took out Shaw in comeback fashion Monday, storming back to the title game with a 64-56 win.

The Falcons grabbed the momentum late in the third quarter and never let it go, paflaying a Hunter Bynum buzzer beating 3 into a big run to start the final quarter.

Buzzer. Beater. Hunter. Bynum. He nails a HUGE three as the 3rd quarter ends to breathe life into the Falcon offense. They trail Shaw, who has been playing GREAT defense, 38-35 headed to the fourth. pic.twitter.com/XS9cUGCxSm

Ingomar then went on to take their first lead of the game early in the fourth on a lot of Bynum free throws.

They would go on to outscore Shaw 29-18 in the final frame thanks to a dominant quarter from Zach Shugars, who put up 21 points and 15 rebounds that included him going 15-17 at the line.

Ingomar overcame 34 turnovers from a swarming Shaw, but they hit the glass hard and came up with clutch plays late to ensure victory.

Clayton Stanford was the only other Falcon in double digits. He finished with 13 points. Nyheim Jones has another impactful game off the bench, contributing 7 points and 5 rebounds.

Ingomar moves on to face long time foe Baldwyn for a state title at the Pavilion at Ole Miss. the game is set for Thursday.