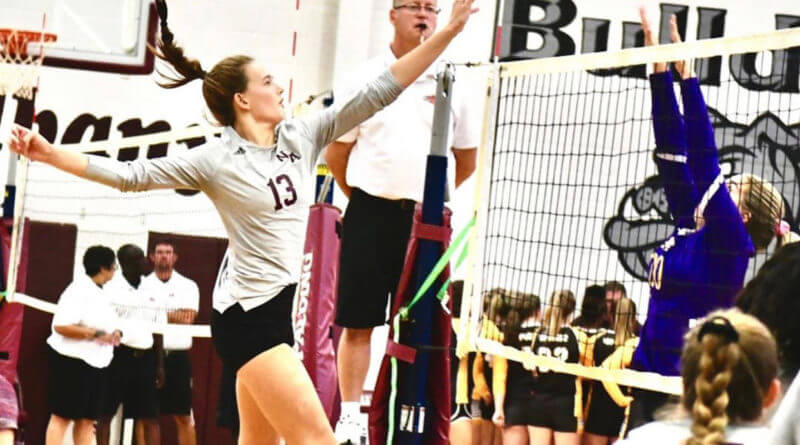 A setter/right side hitter for the Bulldogs and her Oxford Volleyball Club, Blakemore got her start in the sport in seventh grade. She arrived late to the sport after her family lived internationally with stints in Japan and Canada.

Blakemore claims her start came from watching her older sister play the sport, which she quickly grew a love for as a spectator. She was also the only freshman to start for the Bulldogs’s varsity team her ninth grade year and progressed as a player from there.

She helped to lead New Albany to their first division championship and playoff appearance in school history and a spot in the state championship playoffs last season.

Blakemore announced her verbal commitment on Instagram with the following message.

“Thrilled to announce my verbal commitment to Union University!! So thankful for this opportunity to grow in my faith, on the court, and in the classroom. Thank you to my family, friends, teammates, and coaches that have helped me along the way!! #UUbound”