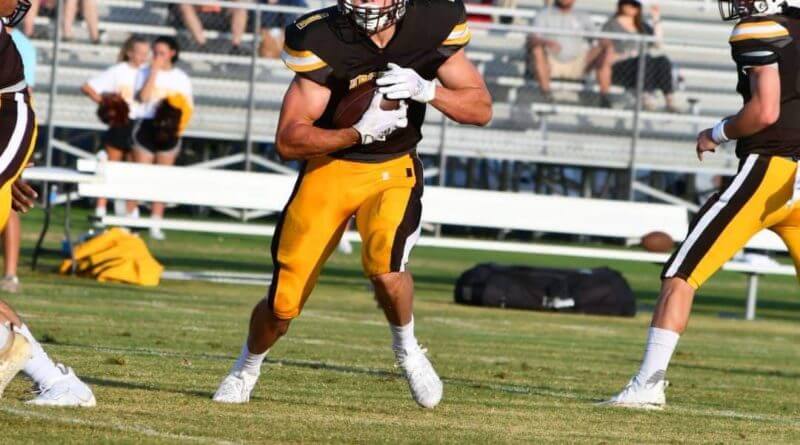 After Friday, he has survived his first test with a victory over the Tishomingo County Braves on the road 42-32.

The Urchins started off hot fast with a kickoff return on the game’s opening play by Hayden Roberts to give East Union a lead 15 seconds into the game.

It would not be long before the Urchins struck again. It came at the hands of the defense this time with Gage Fellows returning an interception 35 yards for a score.

The Braves responded with a score of their own, but Colton Plunk came right back to keep the lead at two scores with a 50-yard touchdown run. East Union went into the locker room with a 21-7 lead.

Tishomingo County got a one-play score of their own at the opening of the second half to bring it back within seven.

Despite the continued fight by the Braves, it would be Plunk’s night.

The senior running back posted three scores in the second half, including a final score to put the Urchin lead to 10 late in sealing a 42-32 victory.

Plunk rushed for 300 yards on 15 carries with four touchdowns. The win moves East Union to 2-0, and they will travel to East Webster to face off against the 1-1 Wolverines this Friday.