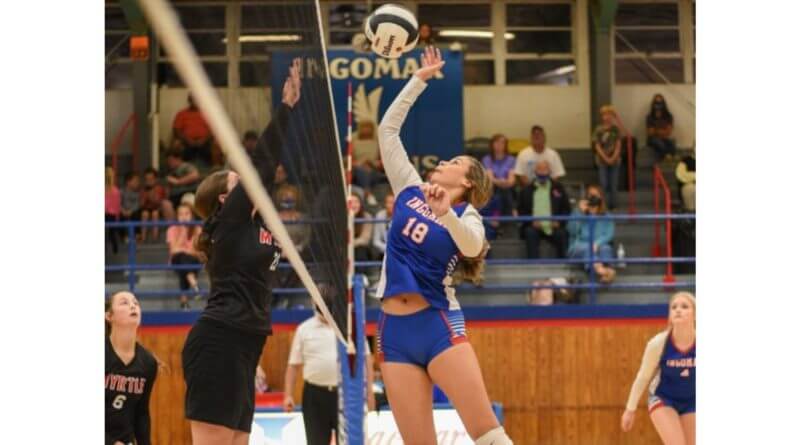 Ingomar picked up a first round win over in county rival Myrtle on Tuesday to advance in the 1A state volleyball playoffs.

In the opening set Rylie Ozbirn led with 2 kills. Macie Phifer contributed 1 ace and1 kill while Katie Beth Hall had an ace.

In the second set, Kadie Jo Byrd led with 4 kills as Ingomar took a commanding lead.

The match was completed with Byrd finishing with 7 kills. Phifer added 3 kills and a pair ofaces while Ozbirn had 3 kills and an ace.

Kinsley Gordon led Myrtle with 6 kills and 4 aces on the night.

Full photo album can be found at this link.