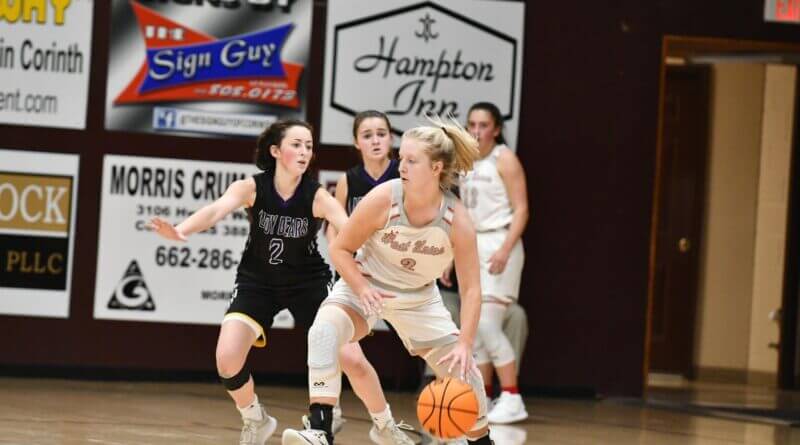 West Union made plays on the offensive and defensive end late and hit all six of their free throw attempts in the fourth quarter to pick up a win over Alcorn Central in the opening game of the Biggersville Lady Classic on Saturday.

The Lady Eagles and Lady Bears were locked in a back and forth battle but West Union made the necessary plays to pull out the 43-42 victory.

Anna Carwyle scored 6 of her 10 points in the first quarter to help the Lady Eagles keep pace with Central. Carwyle was named the player of the game for her efforts.

The game was never seperated by more than 6 points and came down to the finals seconds to determine a winner.