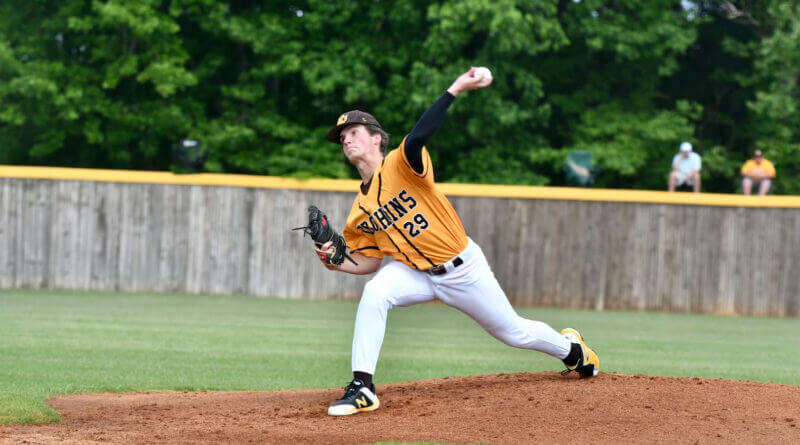 The East Union Urchins started hot and kept the momentum rolling as they secured a 10-0 win in five innings over the Pisgah Dragons in five innings to take the first of a three-game series for the 2A North Half championship.

The first two innings warranted nothing for either team, but the Urchins got their offense going in the third with a Jude Treadaway RBI single. Rett Johnson followed it up with a sacrifice fly to give East Union a 2-0 lead early.

Hayden Roberts picked up an RBI right after, and a passed ball scored another to give the Urchins their first of two four-run innings in the game.

East Union kept the offense going in the fourth with RBI singles from Tristian Baldwyn and Jude Treadaway to tack on two more and lead 6-0.

Carter Phillips set the pace for the Urchins with his stellar outing on the mound, allowing no runs, two hits, and nine strikeouts.

in the fifth, the offense took the opportunity Phillips presented them to end the game early.

Rudy Baldwin, Connor Timms, Ben Basil and Treadaway were all responsible for batting in an RBI in the four-run fifth, and the Urchins finished off game one early with the dominant 10-0 victory in five innings.

East Union totaled 13 hits in the game with Chris Clayton, Treadaway, Roberts, and Basil all leading the way with two hits.

Game two is scheduled to be played on Friday with a 6:00 start time at Pisgah.