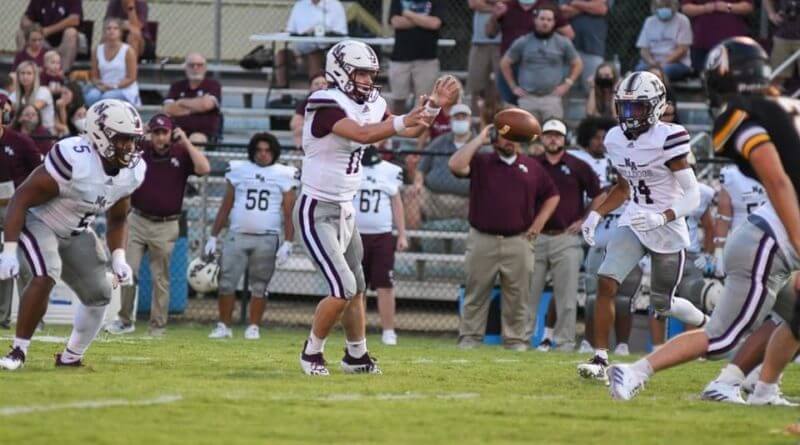 After a tough loss to cap off a challenging 2020 season, coach Cody Stubblefield and the New Albany Bulldogs look to reach new heights with key returners on both sides of the ball.

Last season, the Bulldogs finished with a record of 5-4. After starting the season 1-2, New Albany rattled off four wins in their last five, finishing second in the division behind only the Corinth Warriors.

Quarterback Joe Mathis is back for his senior season and second year under center for the Bulldogs after a 2020 campaign that saw him throw for over 1,000 yards and 15 touchdowns against only one interception.

While the Bulldogs do lose backup halfback A.I. Nugent, starter C.J. Hill returns for his final season as arguably one of the best backs in the state after rushing for 995 yards and 12 touchdowns last year.

The receiving group is a bit of a question mark after losing leading receiver Isaiah Cohran; however, senior Cameron Knox steps up to be the top guy this season after leading the team with eight touchdown grabs one year ago.

As for the defensive side of the ball, talent was lost from an experienced defense last season, especially in the secondary with departures Cohran and Mason Simmons. Yet, this New Albany defense still returns plenty of production in players such as Lewis Creekmore and Shamarquces Smith, who both were tied for second in tackles with 38 last year.

The Bulldogs will be slated in a new division in 2021 which includes Ripley, Houston, North Pontotoc, South Pontotoc, and Pontotoc (city).

New Albany was slated to start their season with a jamboree against Nettleton last Friday; however that was ultimately cancelled.