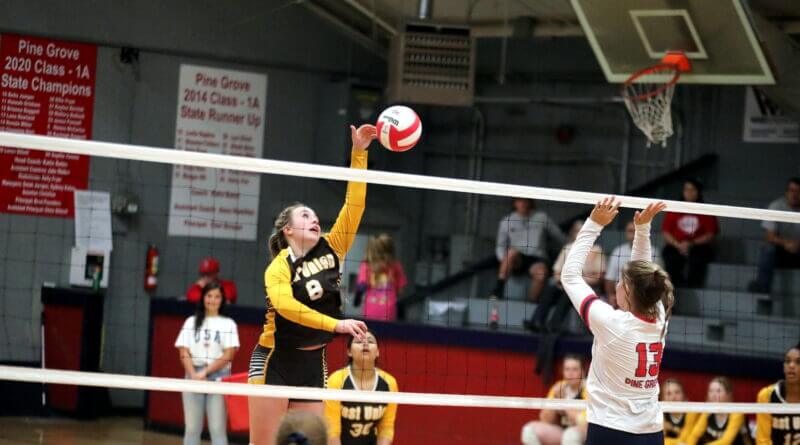 CHECK OUT THE ENTIRE JV AND VARSITY PHOTO ALBUM HERE

East Union fell behind in all three sets against Pine Grove on Monday.

In all three sets, the Lady Urchins stormed back to take the win.

Jorja Roberson led the way with 11 kills on the night to go along with a trio of aces. Emma Akins led with 5 aces on the night. Peyton Wildman added 9 kills for the Lady Urchins and Jenni Bullard had 8

East Union fell behind after several thunderous kills from the Lady Panthers, but an adjustment by Head Coach Josh Blythe kept Pine Grove in check as the Lady Urchin defense stifled the strong attack of Pine Grove.

East Union now turns their attention to their final Region contest against Baldwyn at home on Thursday. Just a single set victory and the Lady Urchins are headed to the playoffs.