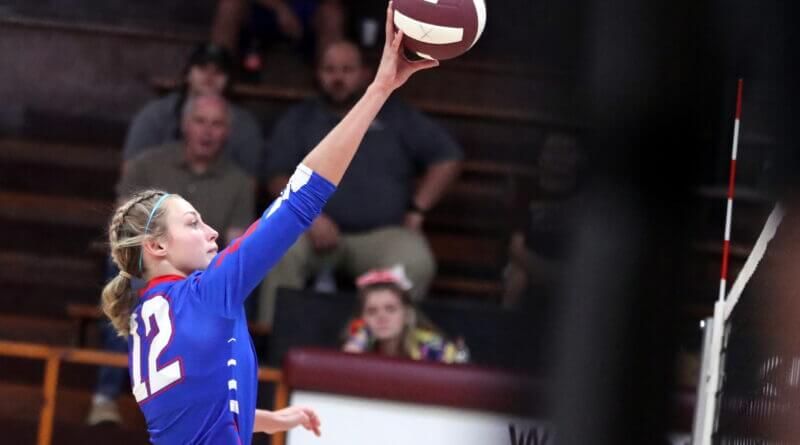 The Ingomar Lady Falcons have been playing volleyball for three school years, starting in 2019.

After winning just a pair of games that season, they have found their groove as a program and have improved around a young, inexperienced nucleus. They kept on grooving on Thursday.

Ingomar wrapped up a back to back Region crown, defeating Biggersville 3-1 to move to win their 6th straight game. The Lady Falcons stand at 12-6 on the season.

Needing a win or a 5 set match to clinch the division title, the Lady Falcons left nothing to chance. After dropping the first set to a fired up Lady Lions squad, Ingomar won the next three sets in convincing fashion.

The Region clinching point came in the 2nd set as Macie Phifer had her 5th ace to claim the crown.

Ingomar awaits their playoff opponent, but their next regular season game is against North Pontotoc before taking on 1A power Hickory Flat next Thursday.