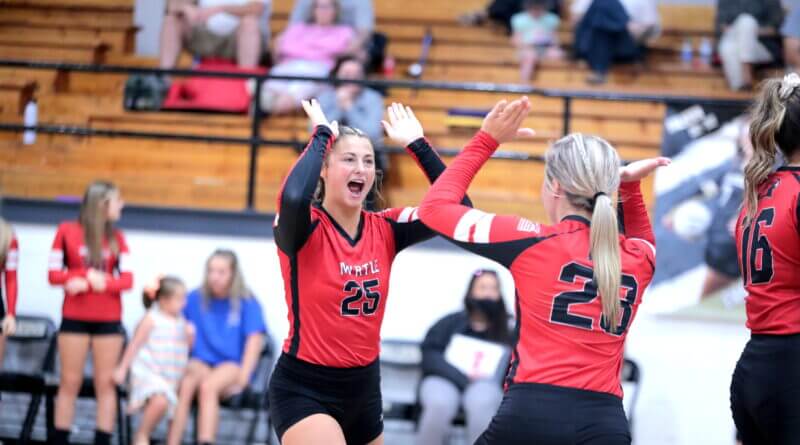 Myrtle turned in a dominant opening set thanks in large part to the serving prowess of Kierstyn Shoops. The hits kept coming and the Lady Hawks picked up a sweep on the road at Falkner on Tuesday.

The Lady Hawks ended a 4 game losing skid with the victory and they have one more non-region contest, Thursday against TCPS, before they get in to region play at home against Pine Grove on September 14th.

The victory moved Myrtle to 8-6 on the season.

Shoops would add 3 kills to go with her 13 aces. Kinsley Gordon contributed 6 aces and 7 kills. Emm Mayer had a number of forceful kills at the net, putting up 11 in the match to go with 5 aces.