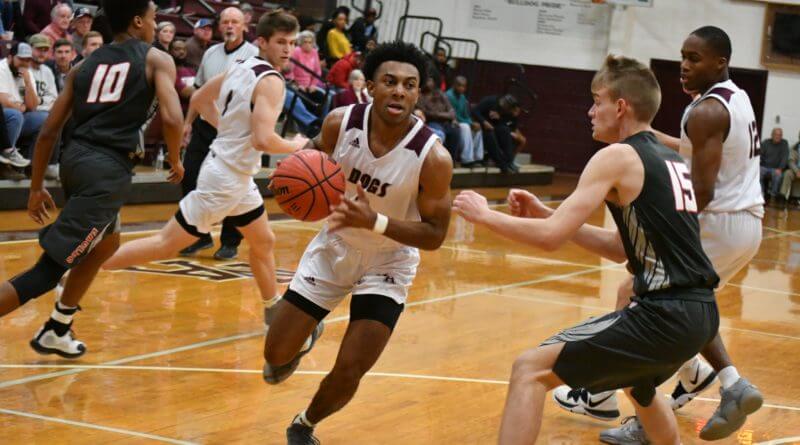 The New Albany boys basketball team has proven extremely adept at putting points on the scoreboard this season.

As a matter of fact, they are the best team at scoring points in Mississippi through their first four games.

The Bulldogs got their second 100+ point scoring effort of the season, both at the expense of in county foe West Union, with a 104-77 victory on Tuesday.

That brings the Dawgs scoring average up to 94.8 points per game, tops in the Magnolia state, and moves them to 4-0 on the season.

Between the two scoring outbursts against West Union, New Albany put up 77 asnd 89 against 4A foes Pontotoc and South Pontotoc.

New Albany spreads the scoring around, with 9 players averaging at least 5 points per game. Mitchell Shettles leads the way with a 20.8 ppg average, followed by Isaiah Ball, Mike Smith and Michael Casey in double figures.

In girls action, the Lady Bulldogs fell 56-43 to the Lady Eagles. Ashanti High led with 26 points.