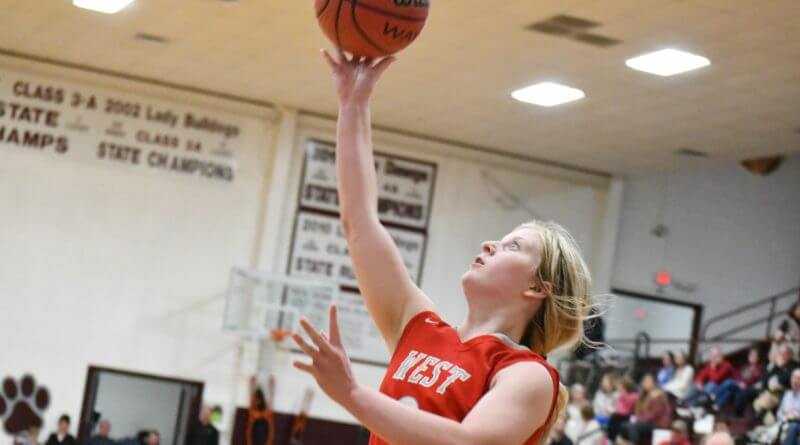 For the second time this season, the West Union Lady Eagles and the New Albany Lady Bulldogs squared off in an in county rivalry matchup.

After losing the first game of the season to New Albany, West Union got the victory over the Lady Dawgs on Tuesday to capture their 4th straight victory.

The Lady Eagles got 26 points from Eden Conlee, including 13 third quarter points to blow the game open, en route to the 56-43 victory.

Ella Kate Taylor added 10 points, all in the first half, and Annie Orman put up 10 in the second half, including the games final point on a driving layup.

The Lady Eagles have played 5 of their first 6 contests against 4A competition, going 3-2 in those matchups.

In boys action, West Union fell for the 2nd time this season to the Bulldogs. New Albany came away with a 104-77 victory.