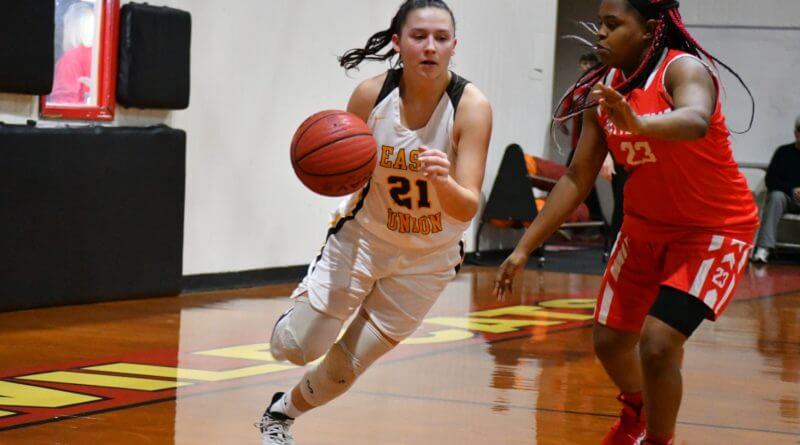 East Union got a last second shot from Sylvie McVey to take a lead just before the half, but the Lady Urchins did the majority of their damage in the second half to take a win in the 1-2A tournament against Potts Camp.

East Union turned an 18-17 halftime advantage into a 48-34 victory and a guaranteed spot in the 2A state playoffs.

After the Sylvie 3 pointer to close out the first half, the Lady Urchins would not trail in the contest.

Sylvie McVey with a BIG TIME 3 pointer just before the buzzer and East Union leads Potts Camp 20-18 at halftime in 2-1A tournament action. pic.twitter.com/CDNuf4N0VS

East Union outscored Potts Camp 15-7 in the final frame to secure the victory.

The Lady Urchins move on to take on the host Walnut Lady Wildcats Thursday at 7. The winner of the contest hosts the first round of the state playoffs.