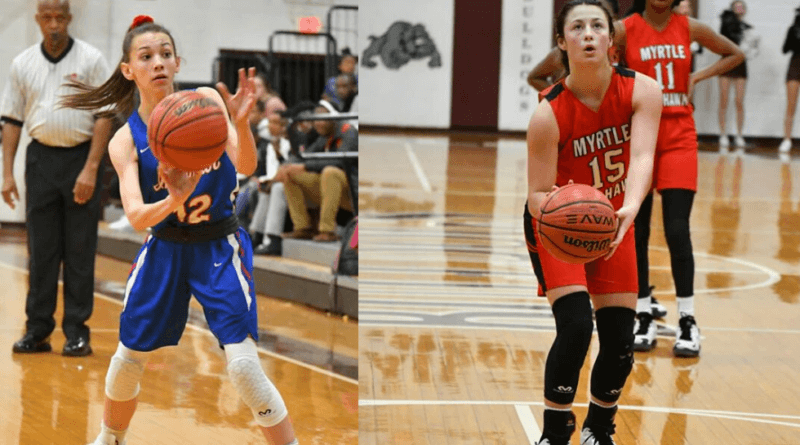 It’s a full-on Hill Country basketball showcase on Friday as Myrtle plays host to the Ingomar Lady Falcons. The all-Union County affair features two of this years top teams, obviously, but it could be a look into two of the top contenders in 1A next season as well.

The winner is on to the third round of the playoffs. The loser will be bummed but, odds are, they will be back next year stronger and more dangerous.

Myrtle has one senior on their squad and their leading scorer, Kinsley Gordon, is just a sophmore. They will have youth all over the court.

Ingomar is somehow even younger. They also have just one senior and just one junior. Their leading scorer, Katie Beth Hall, is also just a sophmore. Two of their top four scorers are in the 7th grade.

Myrtle sports an 18-13 record and have been close to several wins over teams ranked near the top of the 1A leaderboard and on most peoples short list of teams that could raise the championship trophy.

This was supposed to be a rebuilding year for the Lady Falcons afer 126 wins over the last four years and the nucleus from that group gone. All they have done is willed themselves into the second round with a fighters chance at a deep run.

Yes, the future is somehow now for both of these squads. Funny things happen when you get into the playoffs. March madness is right around the corner, after all.

One thing is for sure, though. Their youthful playoff runs will put the rest of 1A on notice.