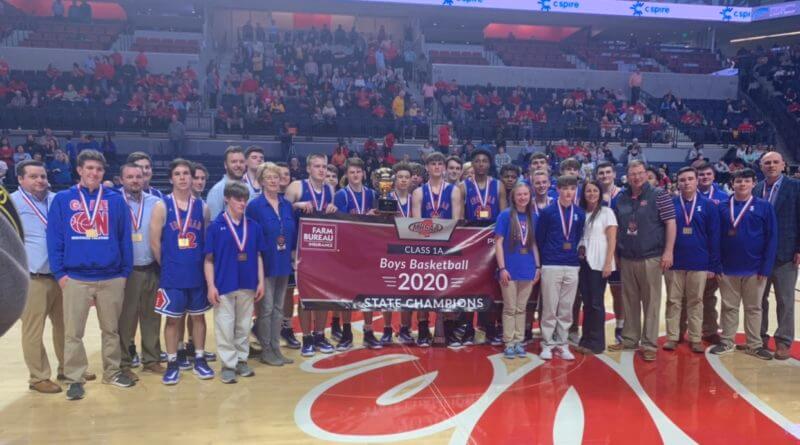 Ingomar saw their lead slowly but surely slip away.

With ten second left, Riley Hoard tapped in a miss for Baldwyn and the Falcons were looking at a tie game. Ten seconds to play. Length of the court in front them.

The in bounds came to Zach Shugars. The rest, as they say, is history.

Shugars drove the length of the floor and hit a 16 foot jumper as time expired to clinch the state championship for the Falcons with a 47-45 win over Baldwyn.

After coming up short a season ago, the Falcons closed this one out in the most dramatic way possible.

The back and forth contest was decided where everyone thought it would be:in the trenches. The teams fought and scrapped until the very end.

For Baldwyn, it was the third loss to this Falcons team this season and much closer than the previous two. They were led by Gabe Richardson with 19 and Hoard with 13.

Ingomar got 20 points from Clayton Stanford who won player of the game. Tyson Smithey put up 13 rebounds and 7 points. Shugars, for his part, was held to just a single field goal before his game winner.

Thankfully for the Falcons faithful, when you make them is more important than how many you make.