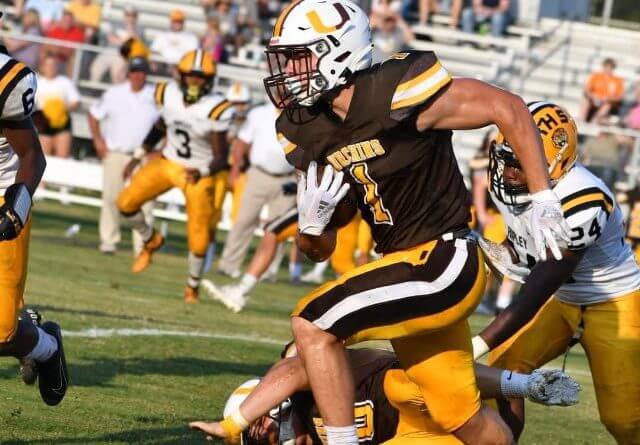 On Wednesday, HB/LB Colton Plunk received recognition by being announced as a member of the North Team in the 2020 Bernard Blackwell Classic All-Star Football Game.

The game is set to take place on Saturday, December 19.

Plunk will be playing the linebacker position in the game, where he has excelled this season; however, Plunk has also been the leading rusher for East Union the past two years.

He eclipsed 1,500 yards on the ground in 2019. Along with this, Plunk also added 20 rushing scores during last year’s season.

Plunk is the only Union County player represented in the game.