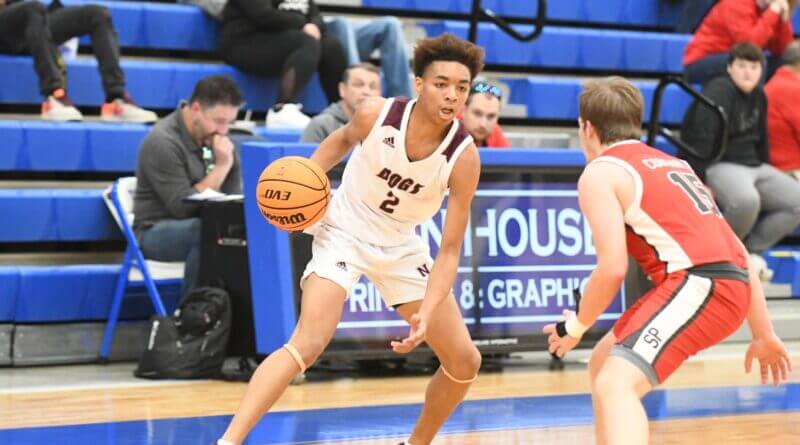 New Albany didn’t take long to start putting on an offensive show on Saturday at the Hound Dog Classic in Tupelo against South Pontotoc. The points came in bunches as they took an 8-52 win over the Cougars.

The Bulldogs pushed the tempo early and often, jumping out to a 19-11 first quarter lead thanks to the stellar play of point guard Kam Carter who continually put pressure on the Cougars. Michael Smith got going with his jumper early in the first quarter and showed off his midrange game throughout the contest.

Carter put up eight points in the second quarter and the Bulldogs took a 40-23 in to the break.

The third quarter was all Smith, as he put up 14 points on a series of drives to the bucket and pull up jumpers as New Albany stretched their lead to 57-34.

New Albany got a pair of highlight reel plays in the fourth quarter as Carter hit Trey Berry and Smith on alley oops to put an exclamation point on the victory.

Smith would be named player of the game with 25 points. Carter and Berry each ended with 16 while sharpshooter Kevin Hernandez added 9.