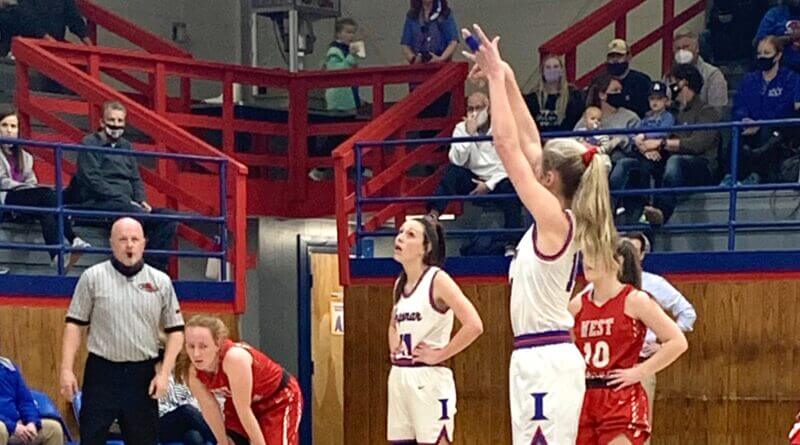 The first half of West Union versus Ingomar proved to be a back-and-forth battle that seemed like it may come down to the final possession. However, the Lady Falcons played an exceptional third quarter, which drove their 55-47 victory and sends them back to the state semifinals in Jackson.

The game started off with West Union firing on all cylinders, and with the combination of big shots and forced turnovers, the Lady Eagles ended the first period with a 19-17 lead.

However, the Lady Falcons would respond by making the second quarter theirs. Kaylee Johnson hit a big three midway through to give Ingomar a 24-21 lead and kept that lead into the halftime break at 26-25.

From that point on, it was all Lady Falcons.

The Lady Eagles struggled offensively in the third, and Macie Phifer scored seven points in an 11-3 run that gave Ingomar a 37-28 lead with just one quarter to play.

In the fourth, West Union found ways to spark small runs to pull the score within two scores; however, foul trouble kept senior and leading scorer Annie Orman out for most of the night and ended her final game early, which added to the offensive woes for the Lady Eagles in the second half.

With Orman out, Ingomar pushed the lead back over double-digits with two minutes left and held on to send the Lady Falcons back to the Big House.

In the win, Macie Phifer led all scorers with 21 while Katie Beth Hall and Kaylee Johnson added 15.

Ingomar improved to 21-9 with the win and will play Simmons on Monday in Jackson at 10:30 a.m.