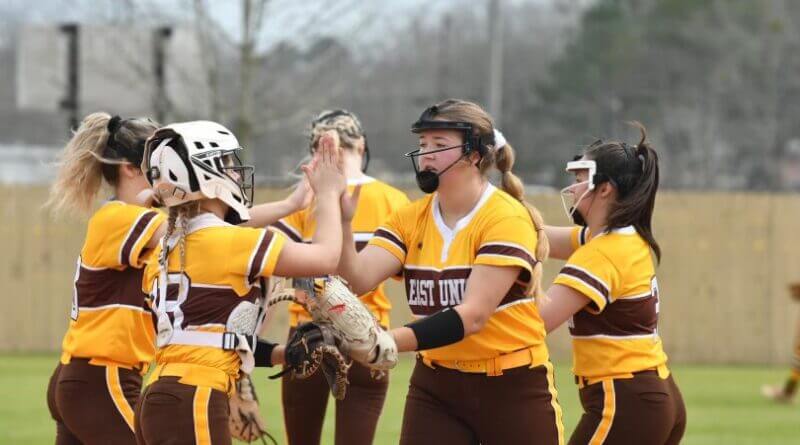 Union County is no stranger to success on the diamond. It is just as apparent this season as four teams are still in championship contention in baseball and softball.

On the baseball side, teams are currently playing their second-round matchups and inch closer and closer to the North Half championship round.

One of those teams is the East Union Urchins, who swept their first round matchup over Riverside with a 24-1 run margin over two games.

As of now, they sit with a 1-0 advantage in the three-game series against East Webster after a walk-off victory in extra innings on Thursday.

Along with the Urchins in 2A, the West Union Eagles are still fighting on the 1A side after a sweep of rival Ingomar in a series where they held an 18-1 run margin over two games.

The first game in their series against Pine Grove was postponed due to weather on Thursday and will be played on Friday at 6 p.m. at Pine Grove.

As for softball, two teams in the Union County area sit just two wins away from playing for a state championship.

East Union also has their softball team chugging along with their baseball squad.

The Lady Urchins swept their first two rounds against Pelahatchie and O’Bannon while holding a 63-2 run margin over those four games. Alongside those dominant wins, resilience was shown by storming back to beat East Webster in the third round after dropping the first game of the series.

The Mantachie Lady Mustangs are the obstacle that stands in their way from playing for a title, and game one of the series takes place at home on Friday at 5:30.

As for 1A representation, the Myrtle Hawks seem to be the favorite as they continue their excellent season.

Their run has been similar to East Union with sweeps in the opening two rounds over Blue Mountain and Wheeler in which they had a 26-2 run margin over the four games.

The Hamilton Lady Lions are their North Half opponent and game one of that series takes place on the road Friday at 6 p.m.