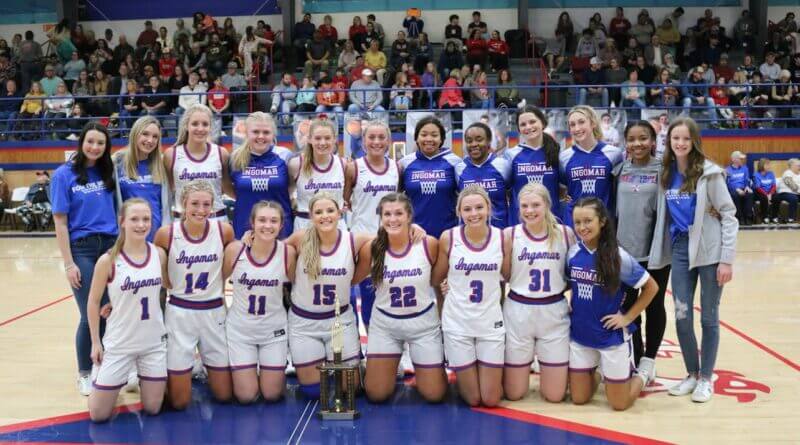 The Ingomar girls are in a familiar position.

They have claimed their Region title with a hard fought 62-52 win over in-county rival West Union.

Ten Lady Falcons scored in that contest, led by Macie Phifer with 16 points. Ingomar built a 16-5 first quarter advantage and was able to withstand the push from the Lady Eagles.

With the win, the Lady Falcons have set their sites on a repeat of last year’s state championship.

The road to that state title seemingly runs through Ingomar, as they have home court advantage throughout the playoffs up until the state semifinals at the Big House.

Mississippi Sports Group has picked the Lady Falcons to repeat. They have all of the pieces there, not the least of which is the home court advantage. Coach Trent Adair is gunning for his fifth girls state title at Ingomar which would be the most girls titles by a head coach in Ingomar history, eclipsing the total of coaching legend Norris Ashley.

All the Lady Falcons have to do is keep winning.

They are at home to start their title defense with a home game against Falkner on Tuesday.